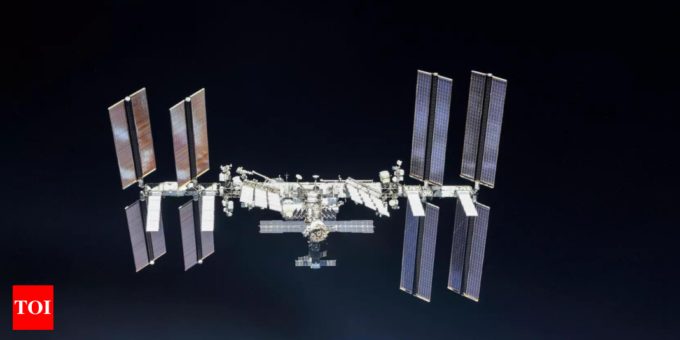 MOSCOW: Russia’s defence ministry on Tuesday admitted to destroying one of its satellites during a missile test, confirming accusations levied earlier by the United States.
“The Russian defence ministry successfully conducted a test, as a result of which the Russian spacecraft ‘Tselina-D’, which had been in orbit since 1982, was destroyed,” the military said in a statement.
US officials on Monday denounced Russia for conducting a “dangerous and irresponsible” missile test that blew up one of its own satellites, creating a debris cloud that threatened the International Space Station.
NASA said the crew aboard the ISS — currently four Americans, a German and two Russians — were woken up and forced to take shelter in their return ships.
US officials said they were not informed in advance of the anti-satellite missile test — only the fourth ever to hit a spacecraft from the ground — which generated over 1,500 pieces of trackable orbital debris.
The Russian military said that it was carrying out planned activities to strengthen its defence capabilities but denied that the test was dangerous.
“The United States knows for certain that the resulting fragments, in terms of test time and orbital parameters, did not and will not pose a threat to orbital stations, spacecraft and space activities,” it said.
The confirmation of the US claims came moments after Russian Foreign Minister Sergei Lavrov had dismissed them.
“To declare that the Russian Federation creates risks for the peaceful use of space is, at the very least, hypocrisy,” Lavrov told a press conference in Moscow, adding that “there are no facts” behind the claims.
Russia’s move reignited concerns about a growing arms race in space, encompassing everything from laser weapons to satellites capable of shunting others out of orbit.