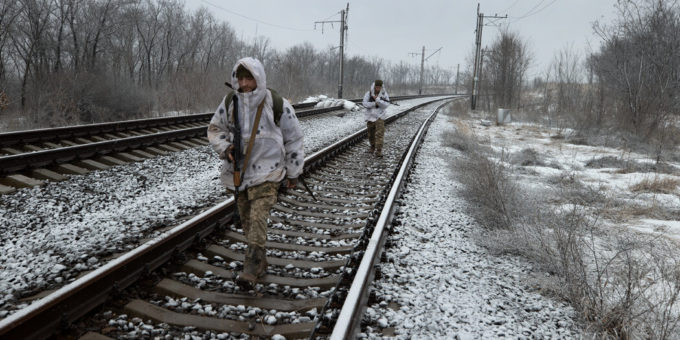 MOSCOW — The Ukraine crisis is here to stay.

President Vladimir V. Putin of Russia is increasingly staking his legacy on reversing Ukraine’s pro-Western shift. Even if he does not order an invasion this winter, he is making clear that he will keep the pressure on, backed by the threat of force, for as long as it takes to get his way.

But Ukraine’s leaders have so far refused to compromise on Mr. Putin’s terms, and the West sees the Kremlin’s demand for a Russian sphere of influence in Eastern Europe as a nonstarter. That leaves the best-case scenario as a long and dangerous diplomatic slog toward a difficult settlement — a process that could consume Western resources and attention for many months.

President Emmanuel Macron of France, shuttling from Moscow to Kyiv to Berlin on Monday and Tuesday, described the coming days as crucial in the West’s bid to avert war. Mr. Putin countered with a pledge to keep the “dialogue” going. It was a message that implied he would be deliberate in using his levers of influence and coercion to deal with the longstanding Russian grievances that the Kremlin appears newly determined to address.

For the West, that approach could mean being drawn into a new sort of “forever war” — a conflict consuming ever more time and treasure, with no clear exit strategy. The lesson of the chaotic Afghan withdrawal last summer, to Mr. Putin, may have been that the United States has no stomach for a distant conflict — and Ukraine is distant to the United States, but not to Russia.

President Biden came to office determined to focus the United States and its allies on the long-term threat of managing a rising China — a technological, military and economic competitor. But now it is Mr. Putin who has seized the Biden administration’s attention.

Iraq struggles to make use of Saddam Hussein’s crumbling palaces