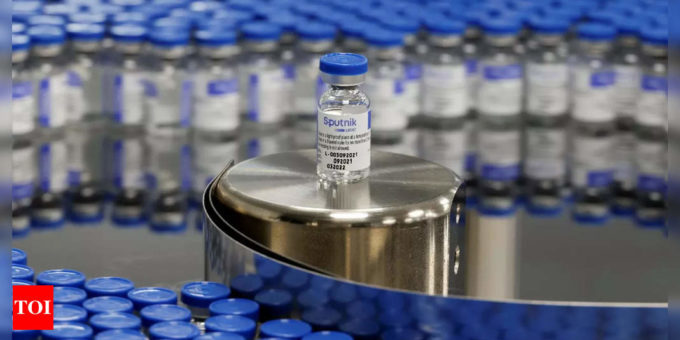 MOSCOW: All the barriers to register Russia’s Sputnik V Covid-19 vaccine with the World Health Organization (WHO) have been cleared and only some paperwork remains to be completed, Russian health minister Mikhail Murashko said on Saturday.
The Sputnik V shot, widely used in Russia and approved for use in over 70 countries, is undergoing a review by the WHO and the European Medicines Agency (EMA). Their approval could open up new markets for the shot, especially in Europe.
Murashko has met WHO director-general Tedros Adhanom Ghebreyesus in Geneva.
“Russia’s position on promotion and registration of the Sputnik V vaccine was heard, we have removed all the questions for today,” Murashko was quoted as saying by Interfax news agency.
He said that the company which is dealing with Sputnik V registration at WHO only “has to sign a few documents, submit a few additional papers”. The WHO could not be immediately reached for comment. The WHO said in July its review of how Russia produces the Sputnik V vaccine had found some issues with the filling of vials at one plant. The manufacturer said it had since addressed all of the WHO’s concerns.

Sanya Malhotra has created a foothold for herself in the industry with her hard work : Bollywood News
2020-04-17