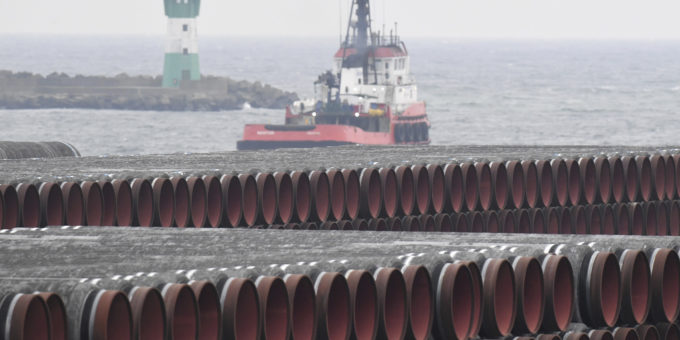 A top Russian official said Wednesday that the Kremlin will not accept a “plan B” option when it comes to the certification of the Nord Stream 2 pipeline.

Russian Deputy Prime Minister Alexander Novak told RBC media outlet, “We don’t consider such options,” when asked about the possibility that the major pipeline will not be licensed to operate.

“We believe it will be launched in line with the timings, set for certification,” he added, first reported Reuters.

US, RUSSIA SET TO HOLD ‘STRATEGIC SECURITY’ TALKS IN JANUARY

The major pipeline that will funnel gas from Russia to Europe via Germany has become increasingly politicized as tensions between the Kremlin and NATO have escalated in recent months.

Although the pipeline is expected to be certified in the first half of 2022, it has laid inactive since its completion in September. German regulators stalled the certification of the pipeline in November over legal procedural issues. But filing the proper paperwork is not the only hurdle the pipeline could face.

Russia’s military aggression on its border with Ukraine has prompted swift backlash from the U.S. and its European allies.

Russian President Vladimir Putin has justified the military build-up of roughly 100,000 troops along the Ukrainian border as a precaution, threatening military action should NATO expand its membership east.

Pipes for the Nord Stream 2 Baltic Sea gas pipeline are stored on the premises of the port of Mukran near Sassnitz, Germany
(Stefan Sauer/dpa via AP, File)

Putin has routinely called for a ban on NATO membership by former Soviet nations like Ukraine, but the West has promised ramifications should Russia violate its neighbor’s sovereignty.

Last month, the Minister of Germany’s Economic Affairs and Climate Action, Robert Habeck, warned Russia of “severe consequences” and threatened to block the pipeline’s completion if the Kremlin attacked Ukraine.

“The fact is that gas is not currently flowing through the Nord Stream 2 pipeline,” Sullivan told reporters earlier this month. “Which means that it is not operating.  Which means it’s not leverage for Putin.

“It is leverage for the West because if Vladimir Putin wants to see gas flow through that pipeline, he may not want to take the risk and invade Ukraine,” he added.

The U.S. and Russia are set to hold talks in Geneva next month regarding both nation’s security concerns.

#SexQuery: Does the size of your penis increase during summer season?
2019-07-06