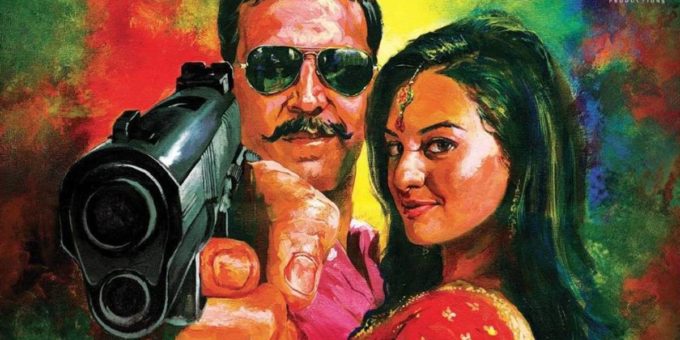 After the announcement of Bajrangi Bhaijaan 2, another sequel of a hit film is in the works. The makers of 2012 release Rowdy Rathore had revealed in 2019 that a sequel to Akshay Kumar’s hit action-comedy was on the cards. Now, the makers have roped in RRR writer KV Vijayendra Prasad to pen the film.

The veteran screenwriter recently confirmed the news. However, he refrained from sharing any further details. “I am currently writing the Rowdy Rathore 2 script. Bhansali saab [Sanjay Leela Bhansali, producer] approached me to write the sequel. I should be able to complete the script soon,” he told Mid-Day. The original film, which was a remake of Ravi Teja’s Telugu film Vikramarkudu, was helmed by Prabhudheva. When asked if Prabhudheva will return to helm the second installment, Prasad said, “I am not aware about the director.”

The news of the sequel of Rowdy Rathore comes a few days after Salman Khan announced that he is working with KV Vijayendra Prasad on Bajrangi Bhaijaan 2, a sequel to the 2015 film Bajrangi Bhaijaan.

Salman Khan made the announcement at RRR’s promotional event in Mumbai. While talking about the magic of SS Rajamouli, he shared how the latter’s father KV Vijayendra Prasad gave him one of his biggest films. While Kabir Khan had helmed the original, when asked about the sequel, the director said he doesn’t have any details about it.

While speaking to indianexpress.com, Kabir said that Bajrangi Bhaijaan 2 is something that Salman is working on with Vijayendra Prasad. “I don’t have any details on it. But if there’s something exciting, we might get on it. And honestly, as you would know, I am not too keen on sequels. However, if it’s a great story and Salman feels that we both can get excited about it equally, I would love to work with him again,” he said.

Meanwhile, KV Vijayendra Prasad is looking forward to the release of RRR, which is directed by his son SS Rajamouli. The film, starring Ram Charan and Jr NTR in the lead roles, is scheduled to hit screens on January 7.