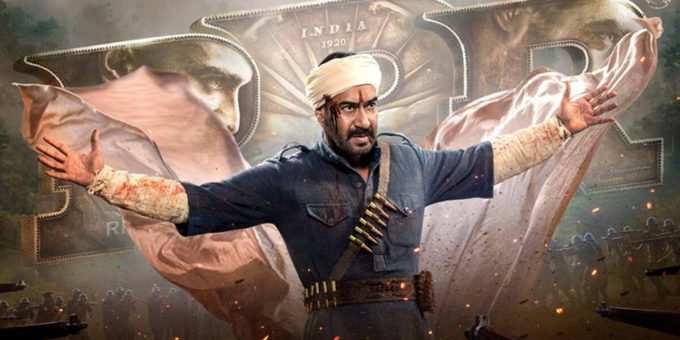 Ajay Devgn and SS Rajamouli’s RRR has delivered a birthday gift for the actor’s fans. Revealing a teaser of Roudram Ranam Rudhiram on Ajay Devgn’s birthday, the film’s official handle wrote, “Empowering his people is his defining characteristic. His strength lies in his emotion. Presenting the poweRRRful avatar of @ajaydevgn in #RRRMovie.”

Ajay, who turns 52 on Friday, also shared the RRR teaser and wrote, “Load. Aim. Shoot. Thank you @ssrajamouli for envisioning me in such an exciting and powerful character.” Earlier, the makers had revealed the first looks of Alia Bhatt as Sita and Ram Charan as Alluri Sitarama Raju on their respective birthdays.

RRR is set in 1920s India, and its screenplay has been written by director SS Rajamouli and his father KV Vijayendra Prasad. The film imagines the two famed ‘heroes’ — Alluri Sitarama Raju and Komaram Bheem — meeting at some point in time. RRR is said to be entirely a work of fiction as there is no written record about what had happened to these two tribal leaders in the time they had spent away from their homes.

It has been reported that Ajay will appear in flashback portions of the film. “Ajay gave the nod within minutes of the narration. Though it is an extended cameo, his track will remind one of his National Award-winning performance in The Legend of Bhagat Singh and sets the tone for the drama involving the two leads,” a source had said earlier.

RRR will release in October 2021 when it will clash with another Ajay Devgn starrer Maidaan.