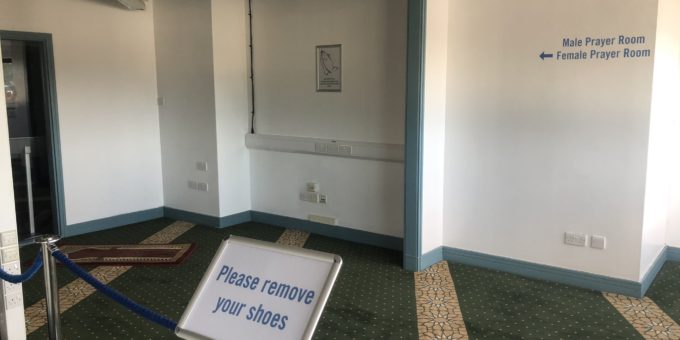 Blackburn Rovers said any Muslim fans wishing to observe evening prayers could do so in their multi-faith prayer room.

The invitation came ahead their first evening game of the season against Morecambe in the Carabao Cup. Sunset prayers were due to take place during the game just before 9pm.

In a post earlier today the club said: “Any Muslim supporters attending tonight’s game against Morecambe who need to pray their Maghrib Salaah during the second half, please ask your closest steward who will direct you to our multi-faith room in the Blackburn End.”

The multi-faith prayer area is not new and was opened at Ewood Park in 2018 to provide existing staff and supporters with a quiet space for prayer and reflection.

Many people thanked the club on social media for the gesture.

Twitter user Jonathan said: “What a club! Exactly right, encouraging positivity. If we can get the Muslim community involved with Rovers we will pack the ground out! In any case we are one religion – Rovers!”

Aweis added: “What a club, I reckon a trip to Ewood park is due.”

Huda said: “What a wonderful way to show solidarity and belonging .. thank you”

Blocks for Widgets – The WordPress.com Blog

Thor Love and Thunder teaser: Meet the Mighty Thor, and a peace-loving God of Thunder in first teaser of Marvel movie
2022-04-19