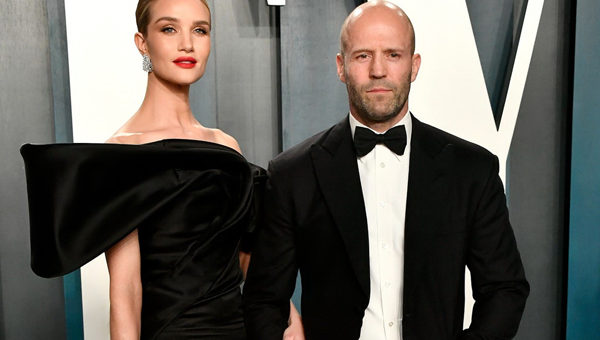 Rosie Huntington-Whiteley and Jason Statham are ready for “#round2.” On Thursday, Aug. 19, the supermodel took to social media to announce that she’s expecting the couple’s second child. “Taaa daahhh!!” she wrote on Instagram alongside a series of selfies, including one of her growing baby bump. The duo’s second baby will join big brother Jack, who was born in 2017, in the Statham family. “Our little man arrived!” Rosie wrote on Instagram after the now-4-year-old’s birth. “Jack Oscar Statham 8.8lbs on Saturday June 24th.”

Three years later, in April 2020, the Mad Max: Fury Road actress opened up about motherhood and possibly expanding her family. “We are lucky enough to be enjoying lots of family time together at the moment,” she told fans during an Instagram Q&A. “He’s turning 3 in a few months, which I can’t believe. Currently, we are attempting potty training!!”

English rose Rosie, 34, also noted she’s “really proud to say @[Jack] has a proper English accent” and that “he does have the same booming loud voice as Jason.”

As for which parent Jack most resembles, Rosie told her 13.2 million followers he “looks very much like me when I was young but with Jason’s eye colour.”

And when it comes to having more kids, Rosie said she and her Fast & Furious fiancé “would love to.”

During the Q&A, Rosie also addressed the age gap between herself and Jason, who is 20 years her senior. In her words, “Age is nothing but a number!”

Rosie and Jason, who first met in 2009, confirmed their engagement in 2016 while walking the red carpet at the 2016 Golden Globes. As for how the couple spent their time before baby, Jason told Esquire in 2015, “We get drunk and float around the swimming pool.”