Breaking News
2021-12-05 ‘Chandigarh Kare Aashiqui’ promotions: Vaani Kapoor slays in yet another gown 2021-12-05 Sara Ali Khan Is Having A Great Time In Delhi. Heres What She Ate 2021-12-05 Five love letters from books that will pierce your heart 2021-12-05 Diyawadana’s colleague to be honored 2021-12-05 Ahead Of RBI Monetary Policy Review, SBI Economists Suggest Status Quo On Key Rates 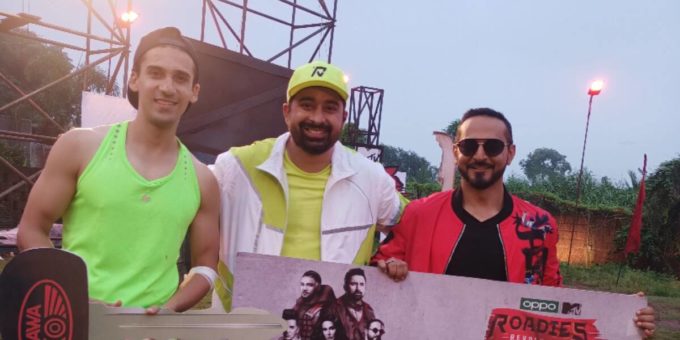 Hamid Barkzi was announced as the winner of Roadies Revolution on Saturday. A part of Nikhil Chinapa’s gang, he was pitted against his teammates Michael Ajay and Jayant Yadav in the finale, which was an action-packed one where contestants had to go through multiple challenges. Barkzi, who took less time to finish the task, won the title of Roadies winner, a car and prize money.

In this exclusive chat with indianexpress.com, the 23-year-old from Delhi talks about his Roadies journey, learnings and the revolution he wants to start.

How does it feel to be the winner of Roadies?

I can’t tell you in words how I feel. It’s an amazing feeling. The competition was really tough, and when I made it, I was overjoyed.

Did you expect to win?

Post lockdown when our journey resumed, and I started performing and winning, I got confidence. However, I injured myself during one of the tasks. That was the day I decided to win the show, no matter what happens. The setback motivated me to do better. I had already suffered a lot, and I knew it would only be uphill from there.

Injuries can be a demotivating factor on Roadies. How did you pull yourself up?

The day I got injured, I was really stressed. When I was going to the hospital, I didn’t even know if I would survive in the game. I think the injury did make me physically weak, but it somehow made me stronger mentally. I became more focused and also got this burning desire to win.

It’s the first time Nikhil Chinapa has won as a gang leader. What were his first words to you?

Somewhere we all knew Michael was his favourite, but he would have been happy with either of us winning. And I could see the excitement and joy when my name was announced as the winner. Nikhil sir has really motivated me throughout the season. He always told me to believe in myself and that winning is not important, rather giving our best. Since I had a very slow start, I would often be scared to do tasks, but he pushed me, told me to go all out and make an impact. That really helped.

How would you sum up your Roadies journey?

It has been one of the best times of my life. I have made some beautiful memories and a lot of friends. I also learnt a lot from the gang leaders. I have realised that winning is not just about being first but also to become a better version of yourself each day.

Which is your most special memory from the show?

The moment where I could see all the leaders wanting me to win. They really supported me. Also, Rannvijay sir motivated me a lot, and even during the finale, he was there for me. All of these has been my favourite moments.

What has been that one learning from Roadies that you would apply in your life too?

It’s a little funny, but I have realised that being underestimated is the biggest advantage one can have. I was an underdog and no one thought I would win. Also, the show taught me to believe in myself and that one shouldn’t feel demotivated by what others ever tell you.

You played a fair game. Given the format, a bit of manipulation is required in the game. What made you stick to being good?

Honestly, I am very bad at planning and plotting. I can never manipulate. So my strategy was rather to perform each task to my level best.

Since this season’s theme was ‘revolution’, if given a chance, what change would you want to bring in society?

I would really support the cause of equality. I have been involved in social work and want to continue with it. I remember there was a guard near my house, who put his sons in a private school while he sent his daughter to a local one. I started paying for her school fees, so that she has an equal opportunity in life like her brothers. I think such small steps can help us make a difference.

What’s next for you?

I have always wanted to be an actor, and I would like to take up the craft. I have been approached for a few things. I am weighing all the options.

Tired Of Eating Chips And Nachos For Snacks, Try Pairing It With This Easy Tomato Salsa
2020-05-26