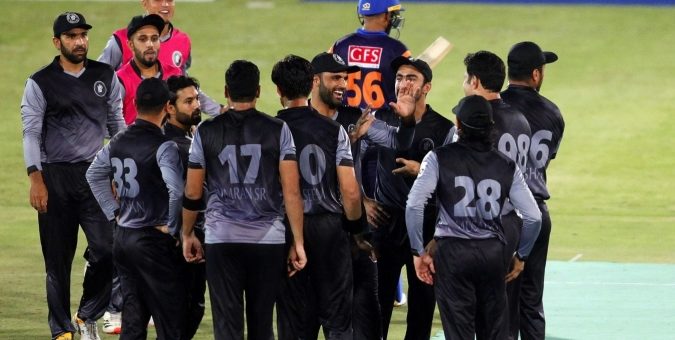 Rizwan struck a sparkling half-century while Iftikhar hit a quick-fire 40 not out as KPK posted a formidable 187-5 in 20 overs.

Central Punjab initiated their response in a jittery manner, losing veteran batsman Kamran Akmal (3) in the fourth over to Imran Khan Sr.

Skipper Babar Azam became Asif Afridi’s prey in the seventh over, after contributing 29 runs. Ahmed Shehzad (24) lost his wicket in the 10th over.

Muhammad Akhlaq fought a lone battle with a breezy 62, but lacked the support and big-hitting from the other end as the required run-rate continued to climb.

When he eventually departed at the total of 128 in the 17th , it was all over for Central Punjab who ultimately fell 36 runs short.

For Khyber Pakhtunkhwa, Shaheen Shah Afridi was the pick of bowlers with three for 25, while Arshad Iqbal and Imran Khan claimed two wickets apiece.

Earlier, Fakhar Zaman (26) and Rizwan provided Khyber Pakhtunkhwa a solid 67-run start before Adil Amin (18) and Rizwan stitched up a 45-run partnership for the second wicket.

Iftikhar then featured in two useful stands – 39 runs for the fourth wicket with Sahibzada Farhan (12) and an unbroken 29 for the sixth wicket with Mohammad Wasim (11 not out) as the reigning champions added 91 runs in the last 10 overs to finish at 187 for five.

For Central Punjab, Hasan Ali was as impressive as ever with three for 30, while Ahmed Safi Abdulllah and Wahab Riaz picked up a wicket each conceding 23 and 31 runs, respectively.