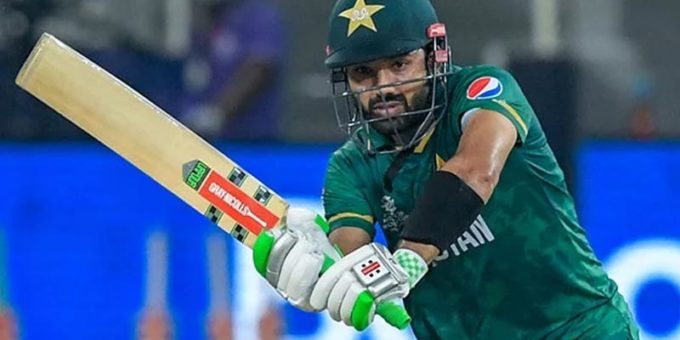 The 29-year-old ended the year as the highest runs getter in
T20Is and also became the first-ever batter to score over 2000 runs in the
shortest format of the game.

The wicketkeeper believed that allowing him to bat at his suitable position in the batting order helped him succeed in the year.

“I don’t want to take credit of it,” said Rizwan in a video message released by the Pakistan Cricket Board (PCB).  “I will give credit to Misbah, Waqar, Shahid Aslam and captain because the batting order given by the management suited me and that is why I was able to perform.”

Babar Azam, the record holder for captaining a side in most wins (20) in a year, and 2021’s most successful batter Mohammad Rizwan recap the series#HumTouKhelainGey #PAKvWI pic.twitter.com/hyazJnqLHR

The right-hander was off the view that he doesn’t need to
worry when the world number one batter [Babar Azam] is batting on the other
hand. “You should try to apply your skills,” he said. “We try to target
fielders and target certain bowlers.”