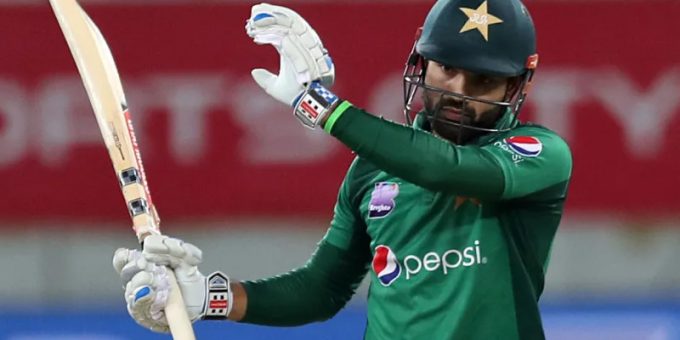 Pakistan wicketkeeper-batsman Mohammad Rizwan has been
named as one of five Wisden’s five cricketers of the year.

The 28-year-old was named in the 2021 edition of the Wisden Cricketers’ Almanack for his performance during the England tour last year.

🏏 The Wisden Five Cricketers of the Year 🏏

He is the 18th cricketer from Pakistan to feature in the renowned cricket book.

Check-out who has made to Wisden Cricketer of the Year list:

“Rizwan was rewarded for both his work behind the stumps and his batting,” says editor Lawrence Booth. “He was an electric presence behind the stumps for Pakistan, pulling off arguably the take of the summer when he caught Ben Stokes high to his left during the First Test at Old Trafford.”

“He also averaged 40 with the bat, and was later confirmed as his country’s new captain,” he added.

The Wisden Cricketers of the Year are players selected for the
honour by the annual publication Wisden Cricketers’ Almanack, based primarily
on their influence on the previous English season.

RBI May Have To Pay Interim Dividend To Support Government Resources: CARE Ratings
2019-10-02