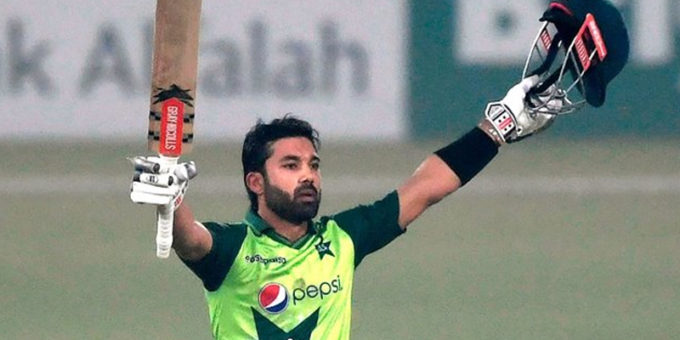 Pakistan wicketkeeper Mohammad Rizwan is among the nominees for ICC Men’s T20I Player of the Year, after his prolific performance during 2021.

“The Pakistan wicketkeeper-batter [Rizwan] ruled the roost
in 2021 when it came to the shortest format of the game,” the ICC said in a
press release.  “Apart from his exploits
with the bat, he was as solid as ever behind the stumps, playing a key role in
Pakistan’s run to the semis during the ICC Men’s T20 World Cup 2021, where he
ended up as the third-highest run-scorer.”

“He also scored the maiden T20I century of his career
against South Africa in Lahore early in the year and ended it continuing his
form with a brilliant knock of 87 against West Indies in Karachi. With another
T20 World Cup coming up next year, Pakistan will hope that Rizwan continues in
the same vein,” the press release added.

The right-hander also played a key role in Pakistan’s famous
win over India in the T20 World Cup. Rizwan scored an unbeaten 79 in only 55
deliveries, hitting six fours and three sixes, as Pakistan chased 152-run
target without losing a wicket.

England’s Jos Buttler, Sri Lanka’s Wanindu Hasaranga and
Australia’s Mitchell Marsh are the other players in the race to win the elusive
award.

3 Terrorists Killed In Two Encounters In Jammu And Kashmir

Chinese study reveals most coronavirus cases are mild! But it isn’t entirely a good news
2020-02-28