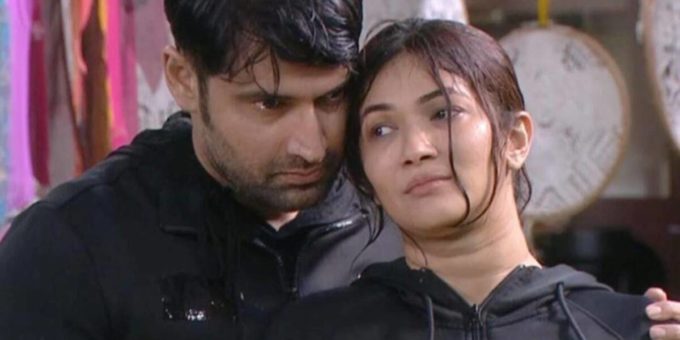 In a shocking twist, host Karan Johar on Sunday announced double eviction on Bigg Boss OTT. Receiving the least votes as a connection, Ridhima Pandit and Karan Nath had to exit the show.

Ridhima Pandit was the last contestant to enter in the premiere night, after Divya Agarwal. Karan Nath, who was the only boy left in the panel was given the opportunity to choose one among them as a connection. After hearing both their pitches, he chose Ridhima as his partner.

On the show, Ridhima had her moments, be it her close bond with Raqesh Bapat, Shamita Shetty and Divya Agarwal, or her fights with Pratik Sehajpal. However, her connection Karan had a hard time adjusting on the show. Keeping a low profile throughout his two-week stint, he was hardly involved in the day-to-day activities. Host Karan Johar had even pulled him up in the last Sunday Ka Vaar, asking him to be more active and visible.

Ridhima Pandit, as readers would know is a popular television star. Having made her debut with Humari Bahu Rajni Kant, the actor has also participated in shows like Khatron Ke Khiladi and Khatra Khatra. On the other hand, Karan Nath debuted as a child actor in Mr. India and then made his debut as an adult actor in Pagalpaan in 2001, followed by Yeh Dil Aashiqana.

The first digital version of Bigg Boss is a prelude to the main TV show, that will be hosted by Salman Khan. After the six-week series the top performers of Bigg Boss OTT will get a chance to participate in Bigg Boss 15.