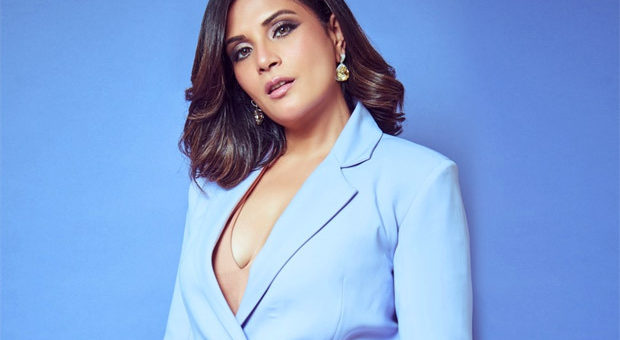 It has been almost a year and a half since the world seems to be turning upside-down. The emerging number of deaths and covid-19 positive patients, the lack of healthcare and infrastructure, increased unemployment rates, climate change, quarantine… the list can go on and on. A constant influx of negative information either regarding or revolving around COVID-19 is widespread and has become a part of the “new normal” life that most of us are still getting accustomed to today. Richa Chadha is one to take notice of the overwhelming effects of the news we get to see in our country and act upon it. She realizes that since news is by nature negative most of the time, positive deeds aren’t amplified enough. However, telling people to ‘be positive’ and ignore their reality is also toxic positivity. The idea that mankind is unkind is deeply rooted in our collective consciousness, thanks to mass media. All attempts to create an alternative reality, where people value kindness and integrity, are treated as fluff.

Hence, in an attempt to recognize hard and brave work as well as positive actions during these worst of times done by ordinary people of the country, our real heroes who have risen to the challenge, Richa is starting an all-new, alternate page on Instagram called ‘The Kindry’ which will also be managed by her and her co-founder, Krishan Jagiya who is the designer and co-founder of The Kindry and also is a community head at Fluid. The objective of this page is to create a community of everyday heroes and celebrate them through positivity and sharing of stories. The page will also host various live sessions, chats, and interactions with these everyday heroes who have done substantial work for the wellness of people, as well as influencers and other notable persons who have done big things for the cause and welfare of humanity. With a strong mission statement of the goal to reward these everyday heroes, the idea of ‘The Kindry’ is to take a step towards incentivizing good behavior and celebrating the kindness of common people.

Richa says, “With ‘The Kindry’, I intend to help find relief in a pent-up nation of people. By amplifying stories of courage and selflessness and celebrating unsung heroes via social media lives, interviews, etc. on the page, I believe we can create a community of empathetic people who are also willing to share stories and help each other. Through this page, we’d also look at crowdfunding partnerships to possibly provide aid and encouragement to heroes. Apart from this, we’d even like to create content – short films, feature films, songs, podcasts – that inspire empathy not just to Indians but to the whole world. Over time, I hope this will build a society where people are encouraged to be kinder to one another.”