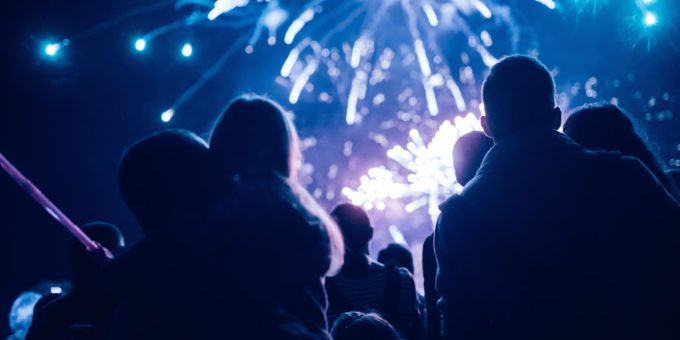 Members of the community are to patrol the streets of South Glasgow in order to deter anti-social behaviour on Bonfire Night.

Riot police were eventually deployed to Pollokshields last year, to disperse groups of young men, who according to local residents had turned the area into a “war zone” through the use of industrial size fireworks.

In an attempt to ensure there is not a repeat of similar disorder, a spokesperson from the Muslim Council of Scotland (MCS) said individuals from local mosques and gurdwara will make their “presence known” on the days leading up to November 5.

An MCS spokesperson said: “We will be conducting street work in certain parts. If some of these troublemakers see someone older, from a local mosque who is likely to know their fathers or uncles, then that could act as a deterrent.

“It’s not our job to arrest anyone, we will leave that to the police. We have been in discussion with them, as well as the [Scottish] Fire and Rescue and local agencies, to make sure we all know our roles. We are working together to ensure local people feel safe and are not prisoners in their own homes.

“We have heard stories of fireworks are being put through letterboxes, windows and thrown at buses and taxis. Such behaviour doesn’t start on the night itself but weeks before. Local businesses are also suffering. A strong message has to go out that such conduct will no longer be tolerated.”

In the aftermath of last year’s unrest residents vented their fury towards the police, at a public meeting organised by the Pollokshields Community Council (PCC). The local area commander conceded that whilst the area is considered a “hotspot” the level of hostility shown towards his officers was “unprecedented.”

Scotland’s First Minister, Nicola Sturgeon, whose constituency includes Pollokshields, as a member of the Scottish Parliament was also in attendance and said such unruly scenes were “completely unacceptable” and “could not repeated again”.

Sergeant Cenny Smith from Police Scotland revealed that letters will be written and that his colleagues will shortly be visiting a particular group of offenders involved in last year’s violence. He added that another group of 10 individuals, identified as potential ringleaders, have gone through a restorative justice programme. As part of this initiative they heard personal testimonies from local residents on the impact their conduct had on them and the wider community.

He reassured those in attendance that there will be a “significant police presence” not just on the night but in the build up to November 5. This will be reinforced by a mobile police unit as well as CCTV vans. As “a last resort” specialist police units will also be on standby.

Nicola Sturgeon said while there was no guarantee of a trouble free night, she felt confident the police had enough resources and a “robust” plan to deal with any potential unrest.

However not everyone shared such optimism.

A local businessman in the main thoroughfare of Albert Drive said: “The police here are too nicey nice. In Pakistan this sort of behaviour would have been sorted out in half an hour. There is no fear of the police.”

Another resident said that too much emphasis was being placed on “bored young teenagers” when some of the main instigators were men in their mid to late twenties, who were driving around and handing out fireworks from their cars.

Hiralal review: A middling biopic on Hiralal Sen, among pioneers of Indian cinema
2021-03-07

Taliban Warns Afghans, Asks Them To Keep Away From Election Rallies
2019-08-06

Why these vaccine-hesitant Indigenous women in N.W.T. decided to get the jab
2021-09-19