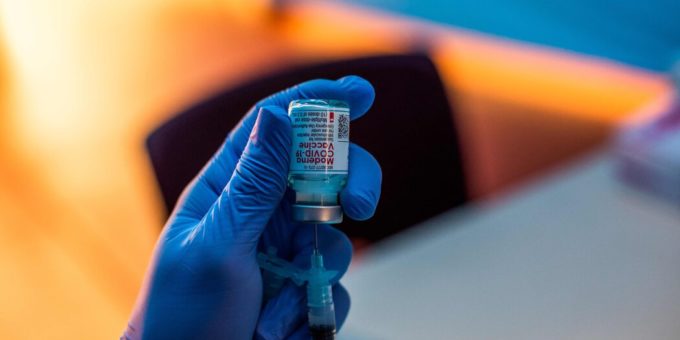 Over the last few months, a steady drumbeat of headlines has highlighted the astounding real-world effectiveness of the Covid-19 vaccines, especially the mRNA vaccines made by Pfizer-BioNTech and Moderna. The vaccines, study after study has shown, are more than 90 percent effective at preventing the worst outcomes, including hospitalization and death.

But alongside this good news have been rare reports of severe Covid in people who had been fully vaccinated.

On June 3, for instance, Napa County announced that a fully vaccinated woman, who was more than a month past her second Moderna shot, had died after being hospitalized with Covid. The woman, who was over 65 and had underlying medical conditions, had tested positive for the Alpha variant, which was first identified in Britain.

Although these cases are tragic, they are uncommon — and not unexpected.

“I’m very sad that she had a sufficiently severe illness that it actually led to her death,” said Dr. William Schaffner, medical director of the National Foundation for Infectious Diseases and a vaccine expert at Vanderbilt University. But, he noted, “we expected to have the occasional breakthrough infection.”

Such cases should not dissuade people from getting vaccinated, scientists said. “There is not a vaccine in history that has ever been 100 percent effective,” said Dr. Paul Offit, the director of the Vaccine Education Center at Children’s Hospital of Philadelphia. “This is your best chance of avoiding severe, critical disease. But as is true of everything in medicine, it’s not perfect.”

Severe Covid is rare in people who have been fully vaccinated. In a paper published last month, the Centers for Disease Control and Prevention said that it had received reports of 10,262 breakthrough infections by April 30. That is just a tiny fraction of the 101 million Americans who had been vaccinated by that date, though the agency noted that it likely represented “a substantial undercount” of breakthrough infections.

Older adults, who are at greater risk for Covid complications, may also be more likely to develop breakthrough infections because they are known to mount weaker immune responses to vaccines. People who are immunocompromised or have other chronic health conditions may also be at increased risk.

Some of the variants — particularly Beta, which was first identified in South Africa — may be more likely to evade the protection induced by vaccines. But Beta is not currently common in the United States, Dr. Schaffner noted.

The Alpha variant that infected the Napa County woman is highly contagious, but vaccines provide good protection against it — as well as against the original strain of the virus.

“Stories about breakthrough infections, while extraordinarily rare, can be confusing for the public,” Dr. Karen Relucio, Napa County’s public health officer, said in an emailed statement. “We know that when stories like this emerge, the temptation might be for some to question the efficacy of vaccines.”

But the vaccines are highly effective, she emphasized. In Napa County, the rate of breakthrough infections is just 0.04 percent in fully vaccinated people, she said.

Statewide, the rate is even lower. According to the California Department of Health, as of June 2, there had been 5,723 breakthrough cases among more than 17.5 million fully vaccinated residents, for a rate of 0.032 percent. Of those cases, just 7 percent are known to have been hospitalized and 0.8 percent are known to have died. Even in those instances, it is unclear whether Covid was the primary cause of death.

Breakthrough infections are likely to decrease as more people get vaccinated and community transmission rates fall. “The virus will find fewer and fewer people to infect — it will be harder for the virus to work its way through the population,” Dr. Schaffner said. “These are great vaccines. In order for the vaccines to work optimally — on an individual basis and a community basis — as many people as possible have to be vaccinated.”

It’s time for Shah Rukh Khan to get back to work, see his latest photo