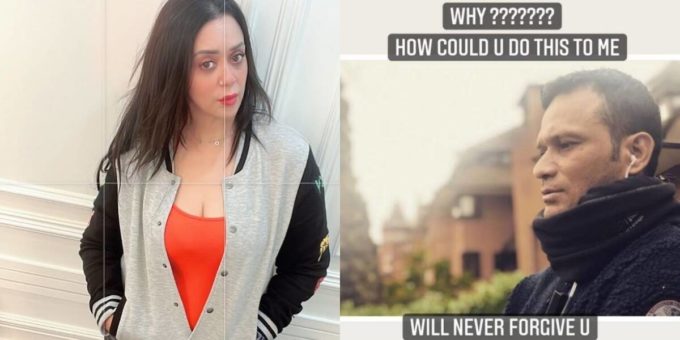 Choreographer-director Remo D’Souza shared the news of his brother-in-law Jason Savio Watkins’ death by suicide on Thursday. His wife Lizelle D’Souza on Friday mourned the demise of her brother and penned a heartfelt note on social media.

She wrote, “Good bye jayboy rest in peace …….. I know u in peace with mom where u always wanted to be ……. I am at peace thinking that atleast I could fulfill this wish of yours to lay with her…… I love u both and I know u both will be watching over me and the boys I love you brother …….”

As Lizelle shared the note, many celebrities including Esha Gupta, Maniesh Paul and Karanvir Bohra paid their condolences.

Lizelle also took to Instagram to share a few photos of her brother. In one of the photos, Lizelle wrote, “Why? How could you do this to me? Will never forgive you.” Lizelle also shared a childhood photo of the two of them.

Jason Savio Watkins passed away at his residence in Mumbai’s Yamuna Nagar in Andheri (west). The police confirmed that the 48-year-old hanged himself but no suicide note was found. His family members, including his 74-year-old step father and sister, reportedly told the police that he was suffering from depression for the last three years after his mother Daina passed away.

As per preliminary investigations, of late, Watkins was not keeping well and had some health-related issues which may have triggered him to take the extreme step. The police said prima-facie there seems to be no foul play.

P Chidambaram, In CBI Custody Till Monday, May Get Top Court Hearing Today
2019-08-23

Chandrachur Singh: It has been fascinating to work in Aarya
2020-06-06