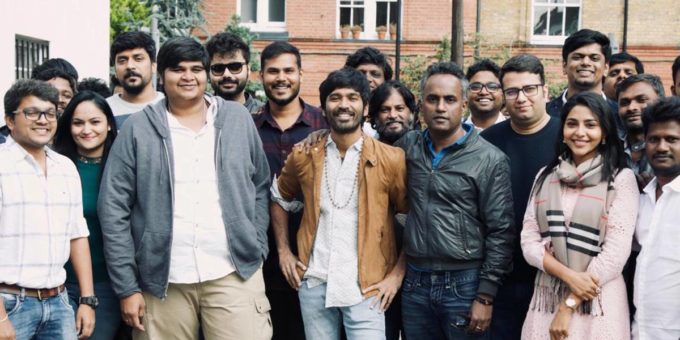 Ahead of the digital premiere of Jagame Thandhiram, producers of Y NOT Studios and Reliance Entertainment issued a statement thanking the film’s cast and crew, media and fans for their constant support. They also reiterated that choosing Netflix to release the film worldwide was the best available option during the pandemic.

“Given the unprecedented scenario of a global pandemic, consuming content at the comfort and safety of our homes has become the best available option for the entertainment industry to continue functioning. We are extremely proud and happy to have utilised this opportunity to secure the widest release one could imagine for a home-grown Tamil film, by joining hands with Netflix and making ‘Jagame Thandhiram’ – which is our biggest and most ambitious production till date – instantly available in 17 languages across 190 Countries, and to over 200 Million subscribers of Netflix (sic),” said the statement.

Releasing Jagame Thandhiram on OTT had been a sore spot between the producers and the film’s star Dhanush. There was even an online campaign to build pressure on the producers to withdraw from the deal with Netflix and stick to the traditional theatrical window. However, the producers remained unfazed. Producer S. Sashikanth of Y NOT Studios has refrained from taking part in promotional activities and media interactions since the Netflix release of Jagame Thandhiram was officially announced.

The Power of Money: How Autocrats Use London to Strike Foes Worldwide