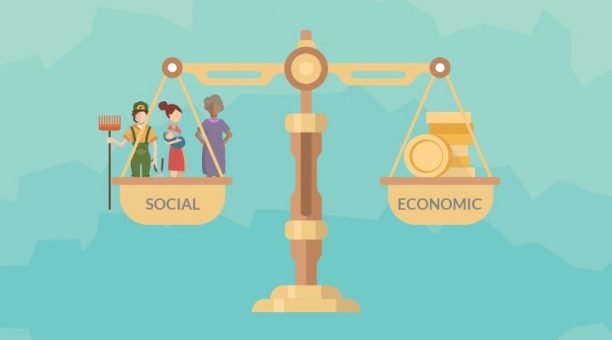 Bangladesh currently ranks among the fastest growing major economies in the world, notwithstanding some doubts about the growth estimates. In fact, the country’s average annual growth in per capita income has been way above the average of all developing countries since the 1990s. Yet, Bangladesh continues to be rated very low in almost all the global development indicators, particularly in terms of the prevalence of widespread corruption. While a close association between the quality of governance and economic growth performance is now widely recognised, the moot question is: how long can Bangladesh continue to progress by defying the growth-governance links?

The usual policy advice is mainly to do with devising and enforcing appropriate policy reforms aimed at building a business-friendly institution, such as to reduce corruption, maintain the basic law and order, ensure property rights, or to address the bureaucratic hurdles—all of which could reduce the currently high cost of doing business. However, these procedural and enforcement problems in the formal governance structure are only one side of the coin; on the other side are the issues of behavioural norms and ethical standards prevalent among various stakeholder groups in society. Administrative reforms towards enforcing accountability and reducing corruption among government functionaries are less likely to succeed without an understanding of how incentives for deviant behaviour arise and behavioural norms are formed. A piecemeal approach to redress the situation is not only likely to prove inadequate, but may also seem arbitrary in its application. This is also true regarding attempts towards preventing unholy collusion among market regulators and unscrupulous businessmen when such collusive behaviour has already become the norm.

The problem can, in fact, be more serious than what it appears at first. Any widespread unethical behaviour is obviously difficult to address because of the sheer magnitude of the problem. A less obvious phenomenon is that, beyond a certain tipping point, the prevalence of such behaviour becomes self-reinforcing and continuously erodes the ethical standards. Consider, for example, the spread of the culture of bribery in government offices. When bribery is not so widespread, the individual official’s financial benefit from bribes may not be worth the cost in terms of searching for a willing client and the risk of being reported and punished, even leaving aside the psychological cost of a guilty conscience. But this cost-benefit calculus of bribery may be reversed when such practice is so widespread that it becomes a behavioural norm with a lesser feeling of guilt, while the risk of detection and punishment is also much less.

The important lessons from this analysis is that unless an anti-corruption campaign is of a scale that can bring the prevalence of corruption well within the tipping point, corruption will again spread as soon as the campaign ends. If the campaign is prolonged enough, there will ultimately be even less need for punitive actions as new norms of ethical standards take hold, thus favourably altering the initial cost-benefit calculations of corruption. The ethical standards are not thus given, but respond to the timing and extent of the application of formal deterrence mechanisms.

There are numerous other areas of the functioning of the economy where legal and regulatory enforcement mechanisms interact with the evolution of moral standards. The lax enforcement of tax laws, for example, has rendered tax evasion into habit formationamong tax-eligible businesses and individuals, thus resulting in a dismally low tax-GDP ratio, which is one of the weakest aspects of our macroeconomic management. Then there are unscrupulous businesses thriving in an environment of lax regulation, and in the process, driving out the honest ones; the result, for example, are factories that disregard safety and labour standards or markets inundated by sub-standard drugs and adulterated foods posing grievous threats to public health.

George Akerlof won Nobel Prize in economics in 2001 by explaining how food adulterers, unchecked by effective regulation, can capture entire markets. As an increasing number of producers cut cost by adulteration, buyers have to face the increasing risk of getting an adulterated product and are thus willing to pay less and less price, until the honest sellers no more find it profitable to stay in the market. Adulteration thus becomes the prevalent norm. While Bangladesh earned plaudits for its success in reducing child mortality leading to a remarkable increase in average longevity, there is a looming risk that this achievement may be undermined by an increase in premature adult mortality due to diseases caused by adulterated food along with other kinds of environmental pollution. The remedy lies in vigorous campaigns of awareness throughout the entire food chains along with finding ways of enforcing surveillance and regulation of product quality.

There are, of course, many other kinds of large-scale malfeasant activities driven by illegal economic gains, such as the share market scams or wilful defaults of bank loans that are now beginning to shake the confidence of depositors in the financial institutions, or money laundering resulting in capital flight, or unlawful grabbing of land including riverbanks, hills and forests that is seriously depleting our already meagre environmental resources. Such malfeasant activities are, however, perpetrated by a certain influential coterie of elites who are usually the beneficiaries of patronage politics; such wrongdoings may not be thus considered as signs of ethical degradation of society at large. Nevertheless, such a culture of patronage politics makes governance reforms all the more difficult, besides directly doing harm to the pace and quality of economic growth. Modern institutional economics have advanced several hypotheses in this regard.

First, if the leading political and economic entrepreneurs are the beneficiaries of the prevailing system of governance dysfunction riddled with unethical practices, they have little incentive to change the system; which is why a big jolt is needed to correct the moral compass of the system. Second, effective governance reforms seek to find entry points in which there are unexploited potentials for all stakeholders to gain from win-win compromises, such as an increase in wage can lead to productivity gains that can benefit the factory owners as well. But such compromises can hardly appeal to the interest groups who continue to thrive by unlawful rent-seeking activities outside the normal functioning of a well-regulated market economy. Third, a government embarking on a simultaneous campaign of law enforcement and moral suasion needs to command the confidence of the people in its integrity and its social guardian role, which may prove difficult in a widespread culture of patronage politics.

Broadly speaking, no society to start with is intrinsically more corrupt or more lacking in moral standards than another. It is a process shaped by political, social and economic institutions through which the moral codes and standards are shaped, evolved and perpetuated. In a fast-growing economy like Bangladesh, with rapid urbanisation and social transformation, societal values are bound to change, for good or for worse. No doubt, our impressive economic progress needs to be recognised and appreciated, but if such progress starts diminishing our moral standards, we need to revisit our values.

Wahiduddin Mahmud is an economist and a former professor of economics at the University of Dhaka. He is currently on the Board of Global Development Network.

What if these top Christmas films were made in Bollywood?

Last Solar Eclipse Of The Decade To Begin Soon, To Be Visible From Parts Of India