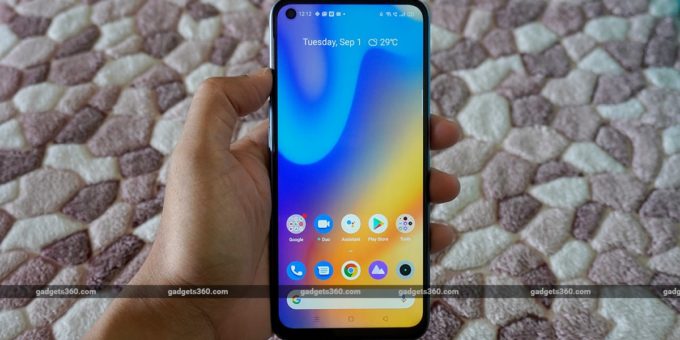 Realme 7 has started receiving the October 2020 over-the-air (OTA) update. It brings the September 2020 Android security patch to the phone, optimisations to the camera and charging algorithm, as well as bug fixes. The update will be rolled out in a staged manner, which means that only a limited number of users will receive it initially. After the company is assured that there are no critical bugs, the update will roll out more broadly.

The company took to its official forum to announce the news of Realme 7 receiving a new software update in India. The firmware version for the update is RMX2151PU_11_A.59. Users can check in Settings for the update if they haven’t received a notification. Realme has also made it possible to manually download the update on the phone from here.

The erratic volume increase of the Bluetooth Car Kit when disconnected and connected again has been rectified in the latest update. The automatic screen lock while clicking the expand icon of the Bluetooth toggle in the control centre has also been fixed.

The changelog further says that Soloop, a native video editing app, has also been added in this update for the Realme 7. The processor name display has been updated to Helio G95 in the ‘About phone’ section. The screen flicker issue while optimising icons in Dark mode and some other scenarios has also been fixed.

OnePlus 8T leaked specs look great but where is the cheaper Nord? We discussed this on Orbital, our weekly technology podcast, which you can subscribe to via Apple Podcasts, Google Podcasts, or RSS, download the episode, or just hit the play button below.

France to rally in solidarity, defiance after beheading of teacher
2020-10-18

Shashi Kapoor’s Birth Anniversary: The Most Beautiful Songs of one of Bollywood’s Most Handsome Stars
2020-03-18