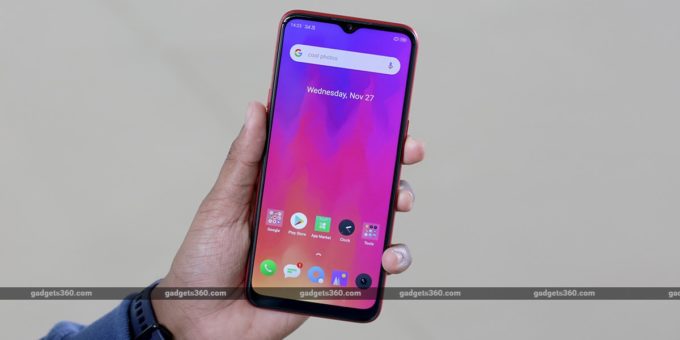 In the budget smartphone segment, manufacturers are constantly refreshing models and pushing out new ones in quick succession in order to stay ahead of the competition. They also need to stay relevant in the eyes of buyers. Realme introduced its 5 series in August, with the Realme 5 being the entry-level offering. However, since its launch, we’ve seen several competitors come along, most notably the Vivo U10 and Redmi Note 8 – all vying for the top spot in that coveted sub-Rs. 10,000 market.

Naturally, Realme wasn’t going to sit idly by, and now we have the Realme 5s. As its name suggests, it’s a tweaked version of the Realme 5, with the big changes being a 48-megapixel primary camera and a new ‘Crystal Red’ colour. Besides these two things, the phone is pretty much identical to its predecessor. The Realme 5 has now dropped to a new lower price of Rs. 8,999, so the Realme 5s takes its spot at Rs. 9,999.

It’s time to see whether the Realme 5s makes sense at this price, keeping its new competition in mind.

The physical design and features of the Realme 5s are identical to those of the Realme 5 (Review). This new phone feels the same in the hand, measuring 9.3mm in thickness, and features the same diamond-cut pattern on the back. Button placement is good and you get a triple-slot tray on the left for two Nano-SIMs and a microSD card. The back is still polycarbonate, which picks up smudges easily and can get permanent dings in it if you’re not careful.

The 6.5-inch display has a screen protector pre-applied. The notch isn’t very prominent and the bezels on the sides are relatively slim but this phone has a noticeable chin. Sadly, the resolution is still HD+ (1600×720), which is fine for everyday viewing but not as sharp as a full-HD+ display, which we’re seeing increasingly at this price. There is Corning Gorilla Glass 3+ scratch protection for the screen, which is good.

On the bottom, the Realme 5s still has a Micro-USB port, instead of the preferred Type-C option. You do get a headphone jack and there’s a single bottom-firing speaker. The camera module placement is still the same as on the Realme 5 and we have a capacitive fingerprint sensor in the middle of the back as well. The latter works well for unlocking the phone.

There’s face recognition too, using the selfie camera, which also does a decent job even in low light. The Realme 5s ships with the same accessories as its predecessor, including a 10W charger and a silicone case.

With the competition this fierce these days, Realme could have learned a thing or two from Xiaomi by fitting the 5s with a Type-C port and a full-HD+ display. These would have been welcome upgrades and the phone could have had a leg up over its peers.

The Realme 5s runs on ColorOS 6.0.1, and our review unit had the October security patch. Even though we’ve already seen version 6.1 of this UI on the Realme X2 Pro (Review), this version also features a system-wide dark mode and Google’s Digital Wellbeing. The phone comes with plenty of preinstalled apps, of which the third-party ones can be uninstalled. Since the software is pretty much identical to what we’ve used before, you can read about in more detail in our Realme 5 review. 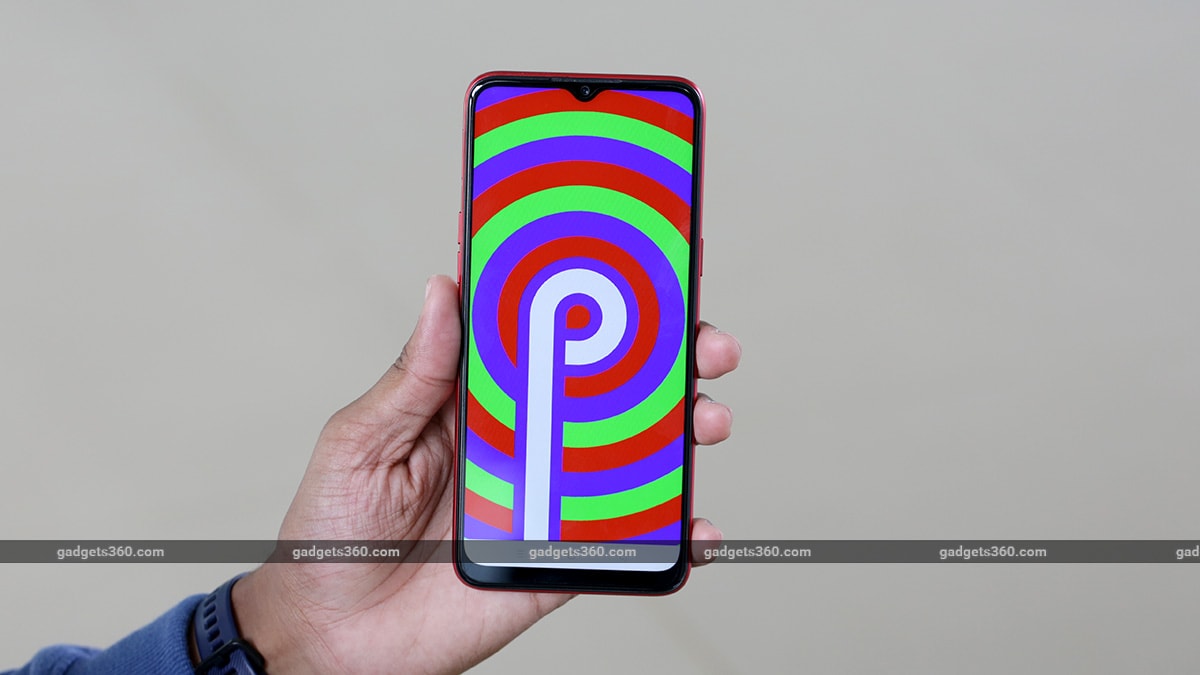 The Realme 5s runs on Android 9, but is due for an update to Android 10 next year with ColorOS 7

The Realme 5s is also scheduled to receive ColorOS 7 sometime in May next year, according to the company’s roadmap. Oppo recently launched ColorOS 7 in India with many localised features, but Realme promises that its version of ColorOS will have features exclusive to Realme phones, and will look closer to stock Android.

The chunkiness of the Realme 5s takes some getting used to. It’s a big phone, both in the pocket and for one-handed use. The display gets bright enough for outdoor use and the earpiece provides clear audio for answering calls even in noisy places. The phone did a decent job in benchmarks too, scoring 1,67,487 points in AnTuTu and 50fps in GFXbench’s T-Rex graphics test. Android ran fairly well and multitasking was manageable in our experience. We noticed a bit of intermittent lag when switching between heavy apps, but for the most part, the experience was good.

The Realme 5s doesn’t heat up too much but we did notice it getting warm when gaming. The Snapdragon 665 isn’t the best SoC for heavy games, and even though PUBG Mobile offered a decent experience at low or medium settings, PUBG Mobile Lite is more suited for this phone. Lighter games such as Alto’s Odyssey ran well but the large screen and the HD+ resolution made the edges of objects look a bit jagged. The bottom speaker gets decently loud but the sound is a little tinny. There’s no audio enhancement for the speaker but you do get equaliser presets for use with headphones. 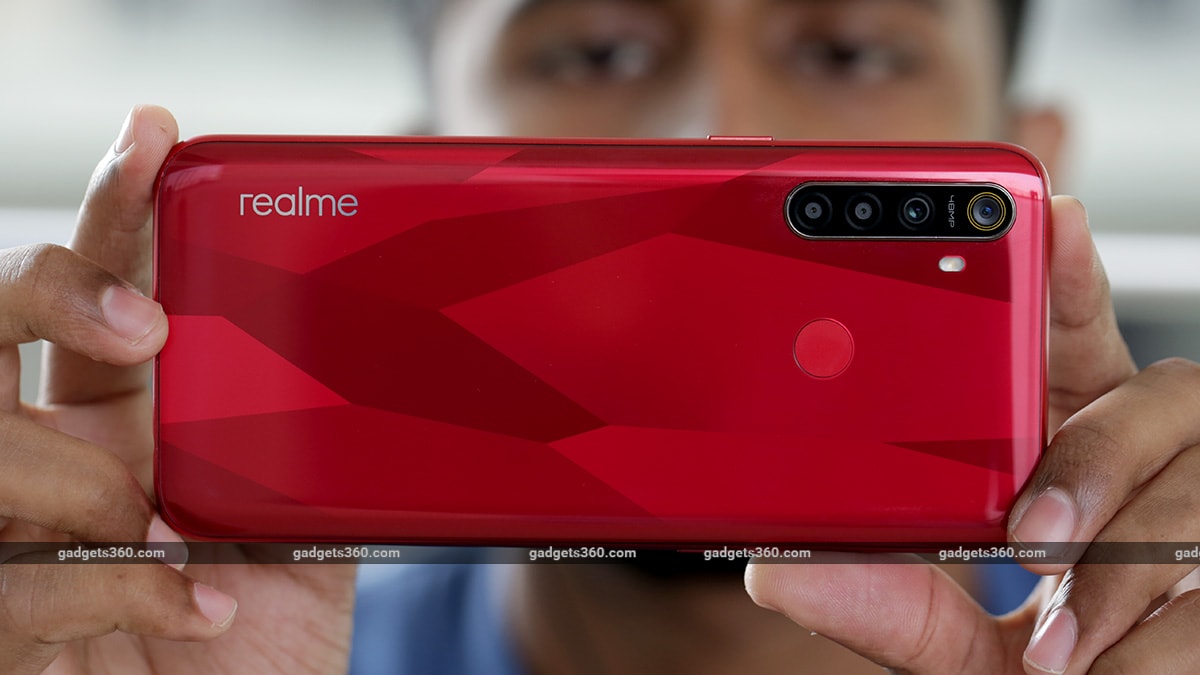 The Realme 5s has the same 5,000mAh battery capacity as the older model. However, we noticed a significant increase in our battery loop test runtime. The Realme 5s ran for a total of 27 hours and 16m, which is extremely impressive, even considering that the older model ran for about 22 hours. The new revision of the firmware is a possible reason for this change. With normal use, one could easily go two full days before needing a charge. There’s still no fast charging support though, and the bundled charger isn’t very powerful. We managed to charge this phone up to 23 percent in half an hour and only about 43 percent in an hour, which isn’t great. Charging it all the way will take over two hours.

The Realme 5 was the first phone in India with four cameras priced under Rs. 10,000, and for the 5s, the company has swapped out the 12-megapixel main sensor for a 48-megapixel one. This is the same Samsung GM1 sensor that we’ve seen in the Redmi Note 7s (Review). This camera supports PDAF, has an f/1.7 aperture, and can do 10x digital zoom. The other three rear cameras are the same as on the Realme 5. There’s an 8-megapixel wide-angle camera; a 2-megapixel depth sensor; and a 2-megapixel macro camera. For selfies, we also have the same 13-megapixel front camera with an f/2.0 aperture.

The camera app is familiar, with toggles for the wide-angle lens, HDR, flash, etc above the viewfinder, while the shooting mode shortcuts and shutter button are below it. The wide-angle camera can be used for shooting video, and Nightscape mode also works with it. There’s still no option to adjust the background blur in Portrait mode, and Nightscape can’t be used for selfies, like we could on the Realme X2 Pro. 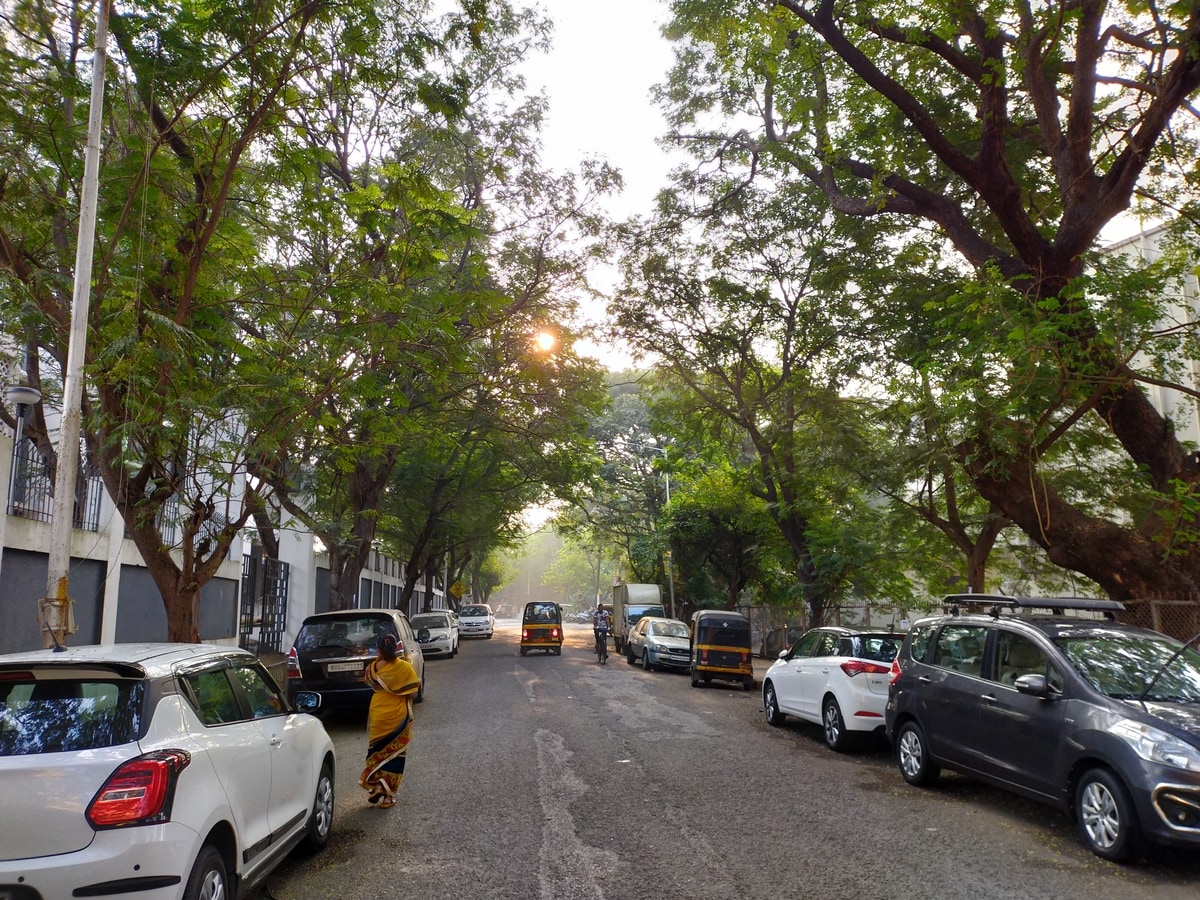 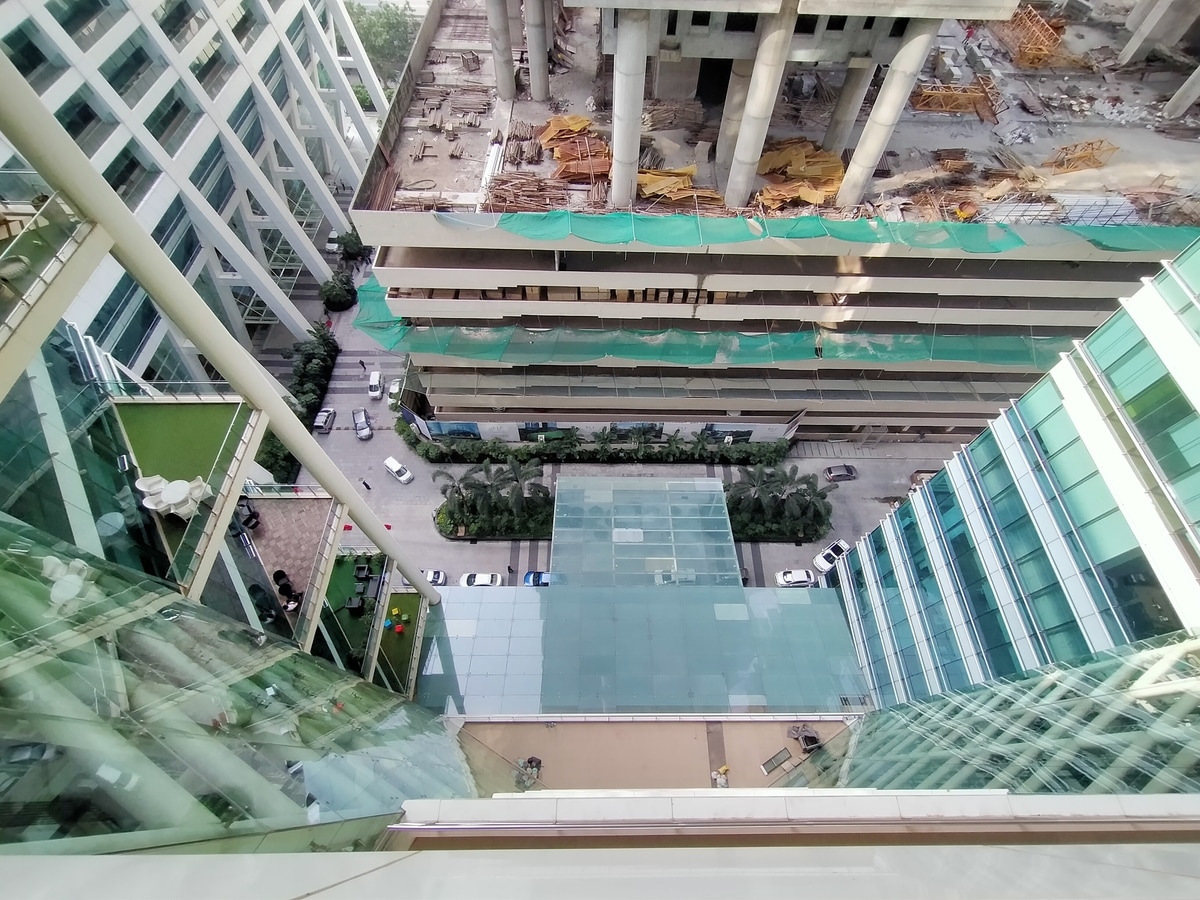 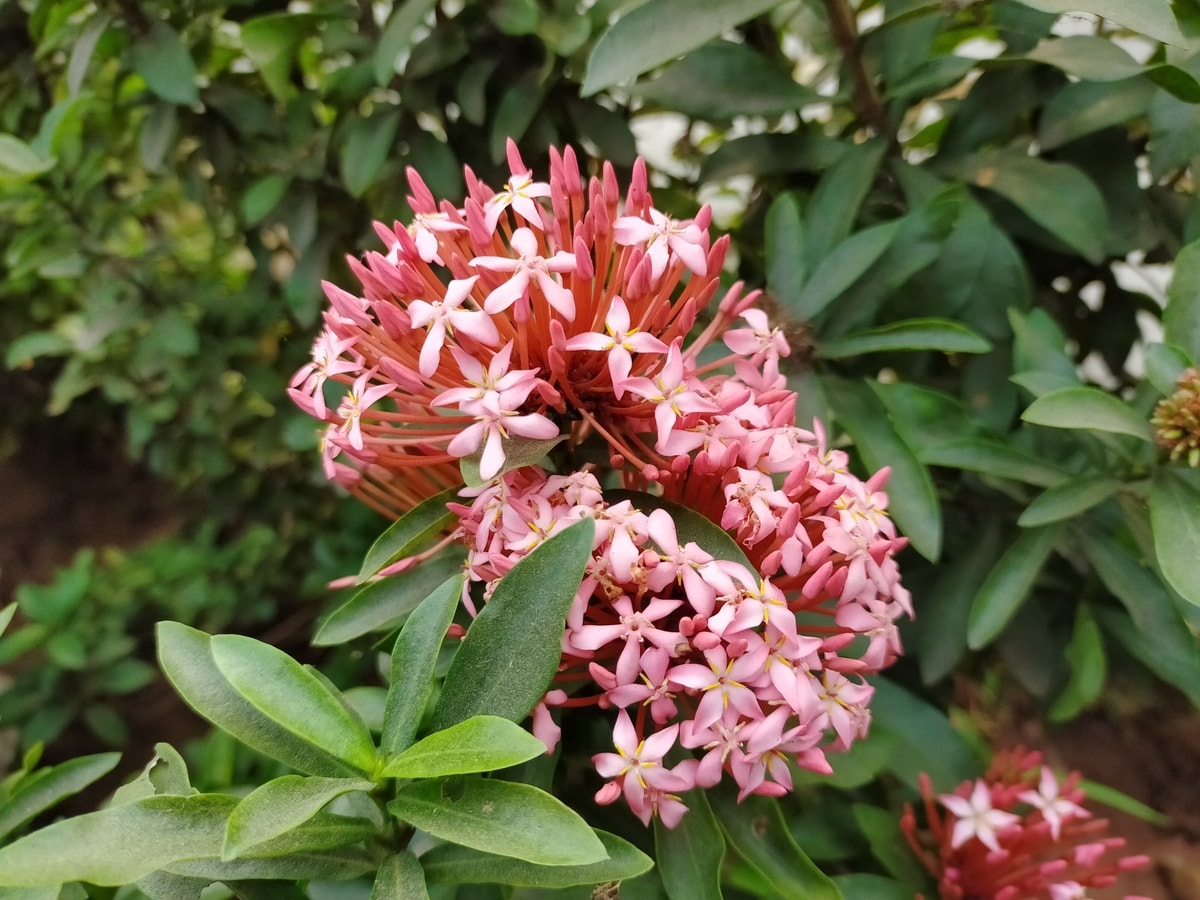 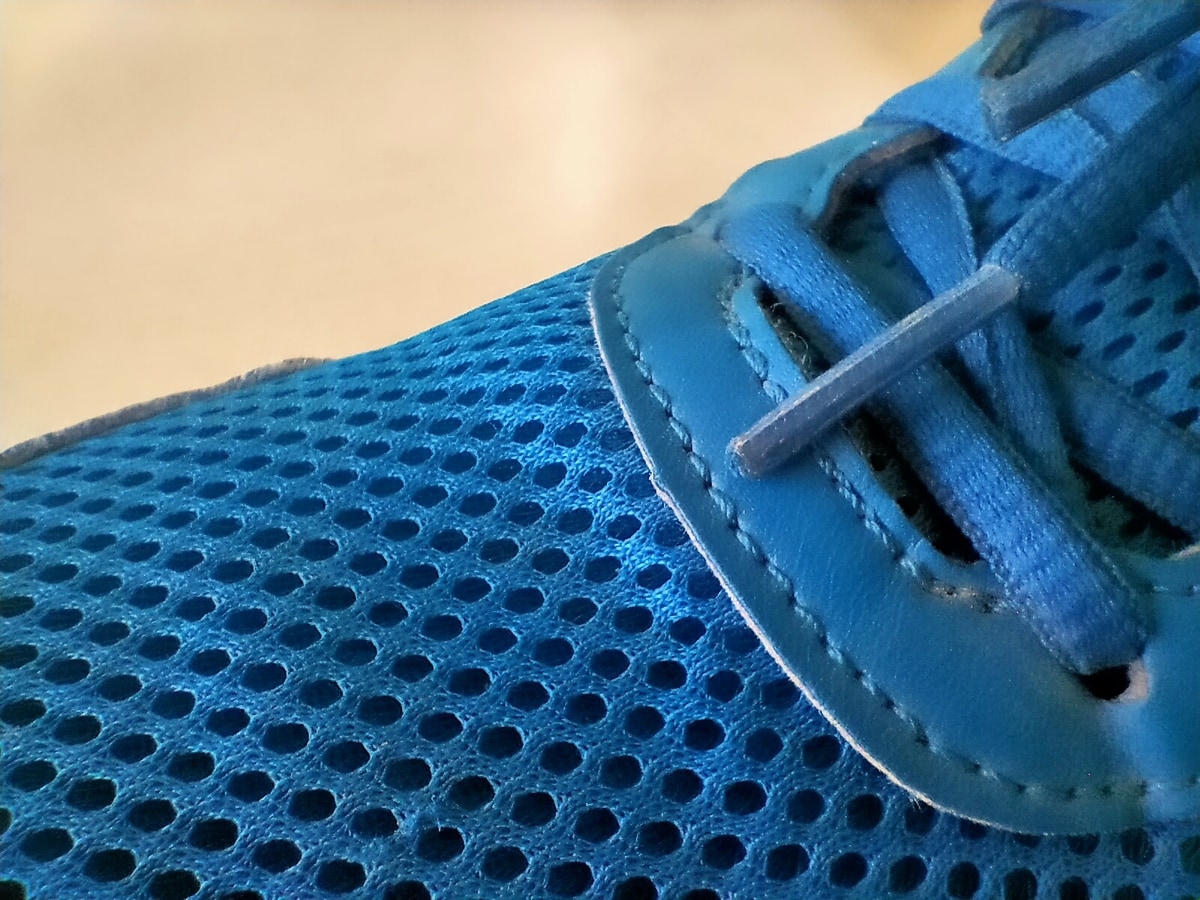 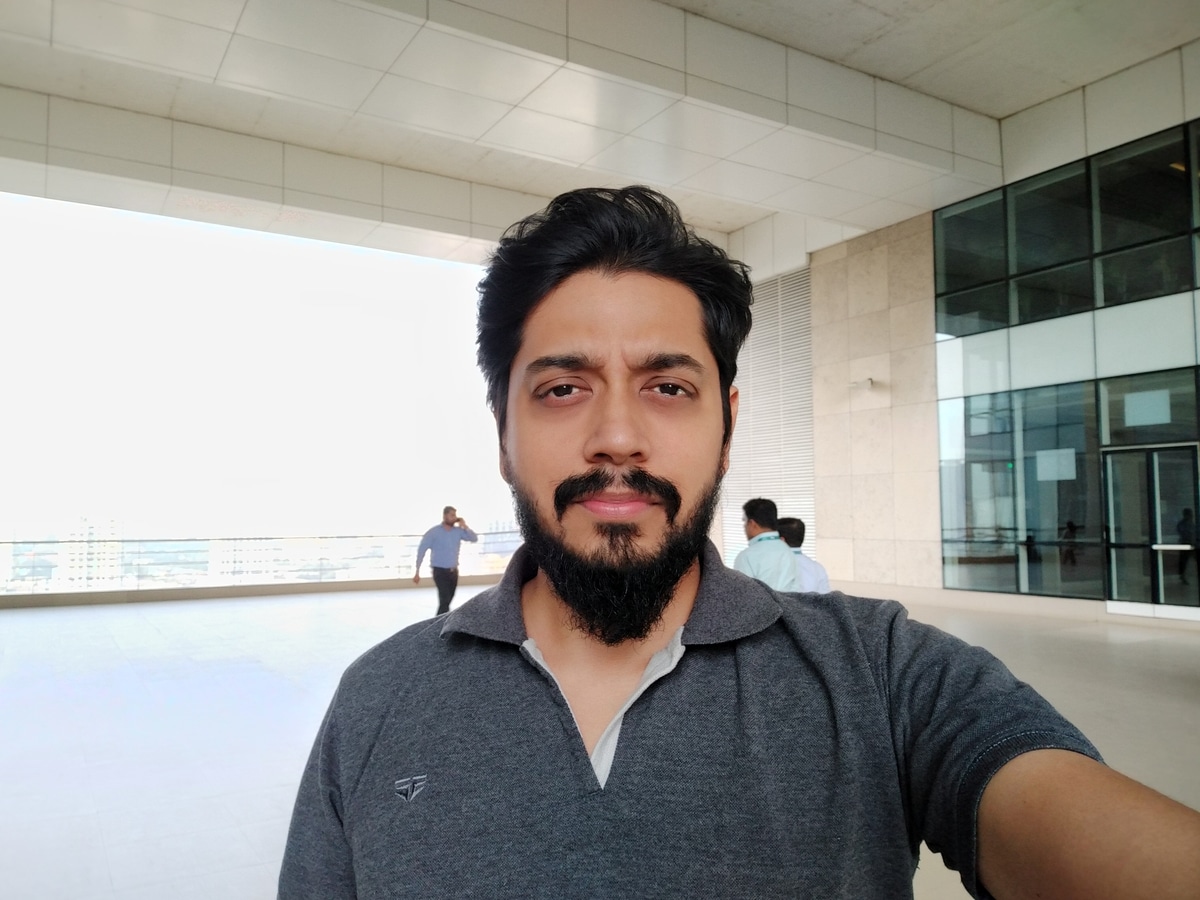 Selfie sample from the Realme 5s (tap for full-sized image)

In daylight, the primary sensor captures better dynamic range and details compared to the Realme 5. However, there’s also noticeable noise in objects to the sides of the frame. Portrait mode is handled very well too, with better exposures and skin tones. Close-ups have good detail, with well-defined edges and good contrast. The camera app saves oversampled, 12-megapixel photos by default, but you can save full 48-megapixel images too if needed.

The wide-angle camera can give you an interesting perspective but details are visibly weaker and colours can look a little washed out compared to shots taken with the main camera. The macro camera has a low resolution but if you’re patient and the light is ideal, you can get sharp-looking shots.

The Realme 5 struggled a lot in low light, and while the 5s does deliver slightly improved white balance and colours, it’s largely the same experience. Autofocus speeds didn’t dip too much so we were able to lock focus without a lot of effort. In very dark scenes, the Realme 5s is able to resolve slightly better details compared to the 5, but not by a lot. In some shots, there was evident improvement, but more often than not, we had to go looking for the differences. 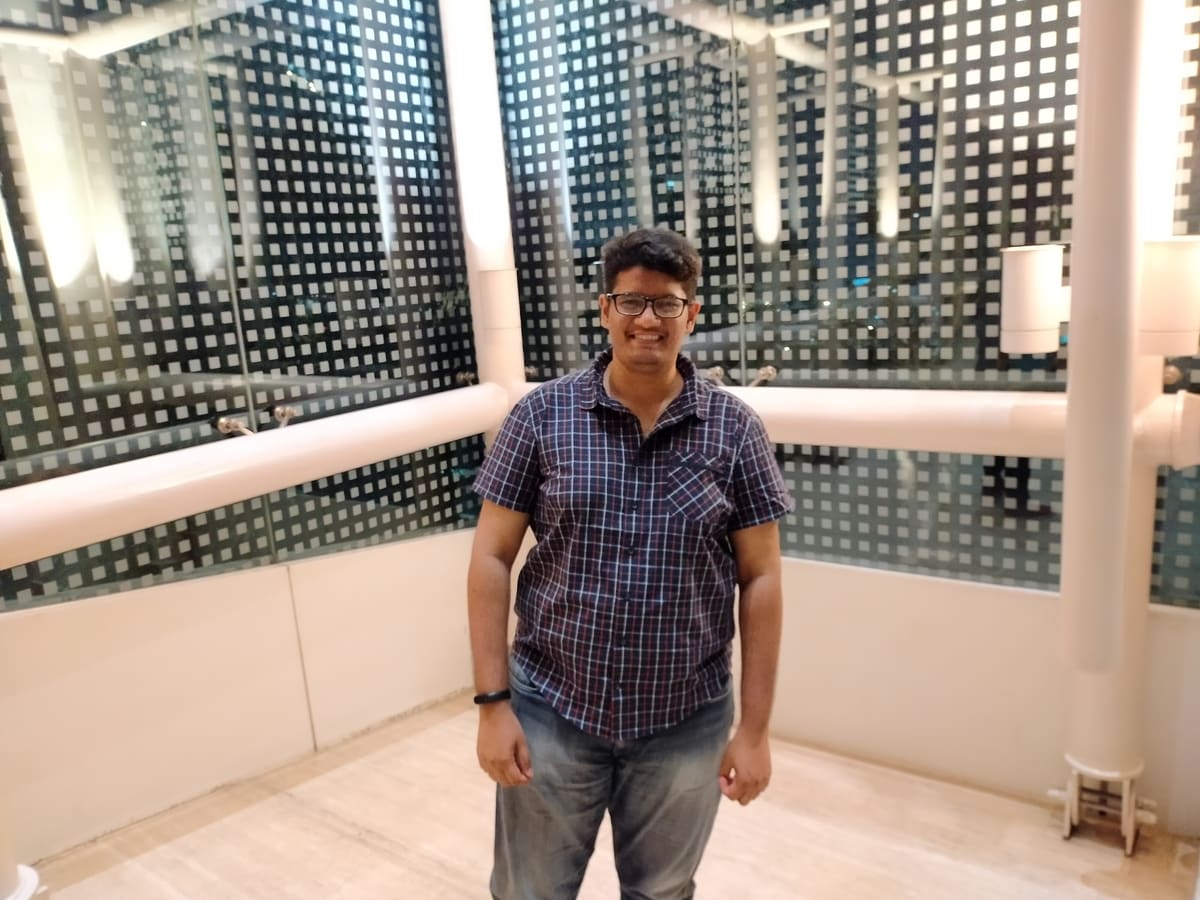 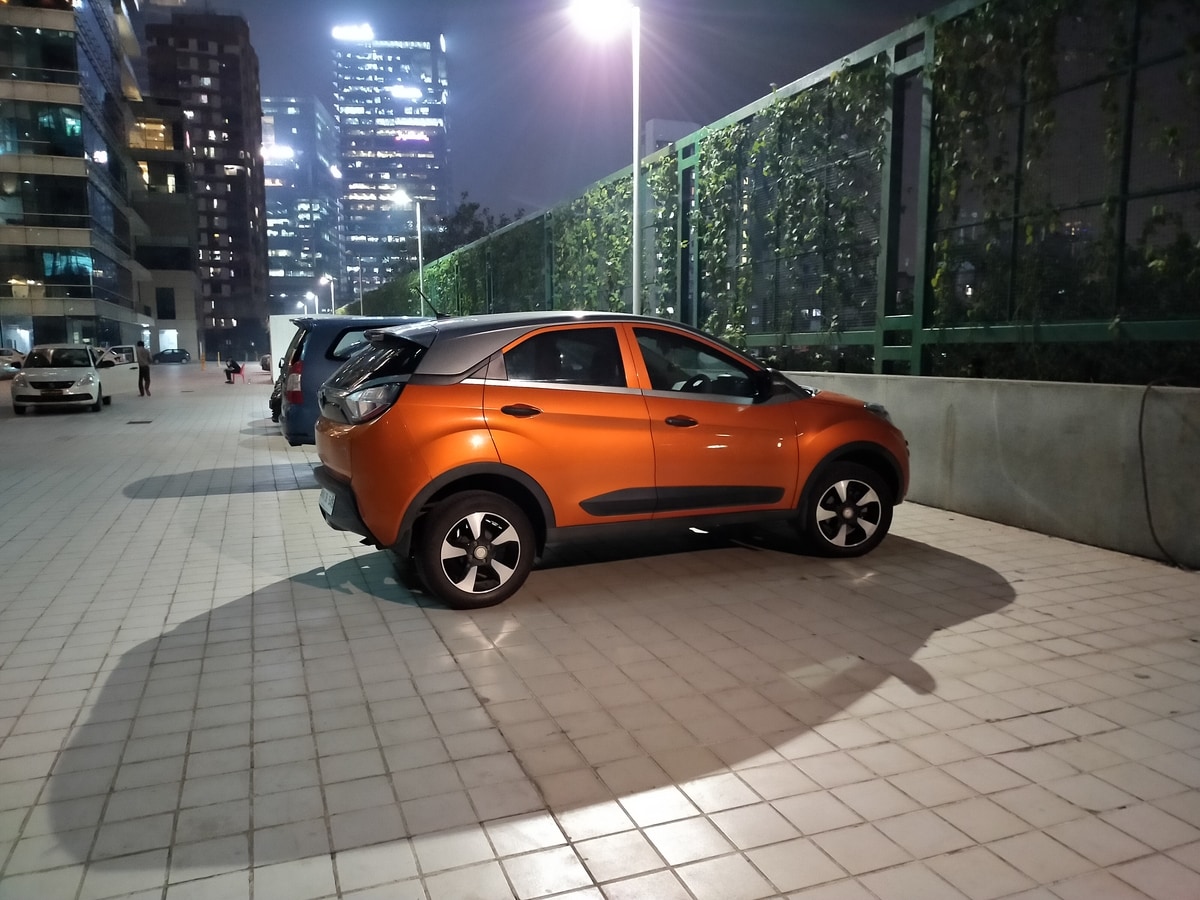 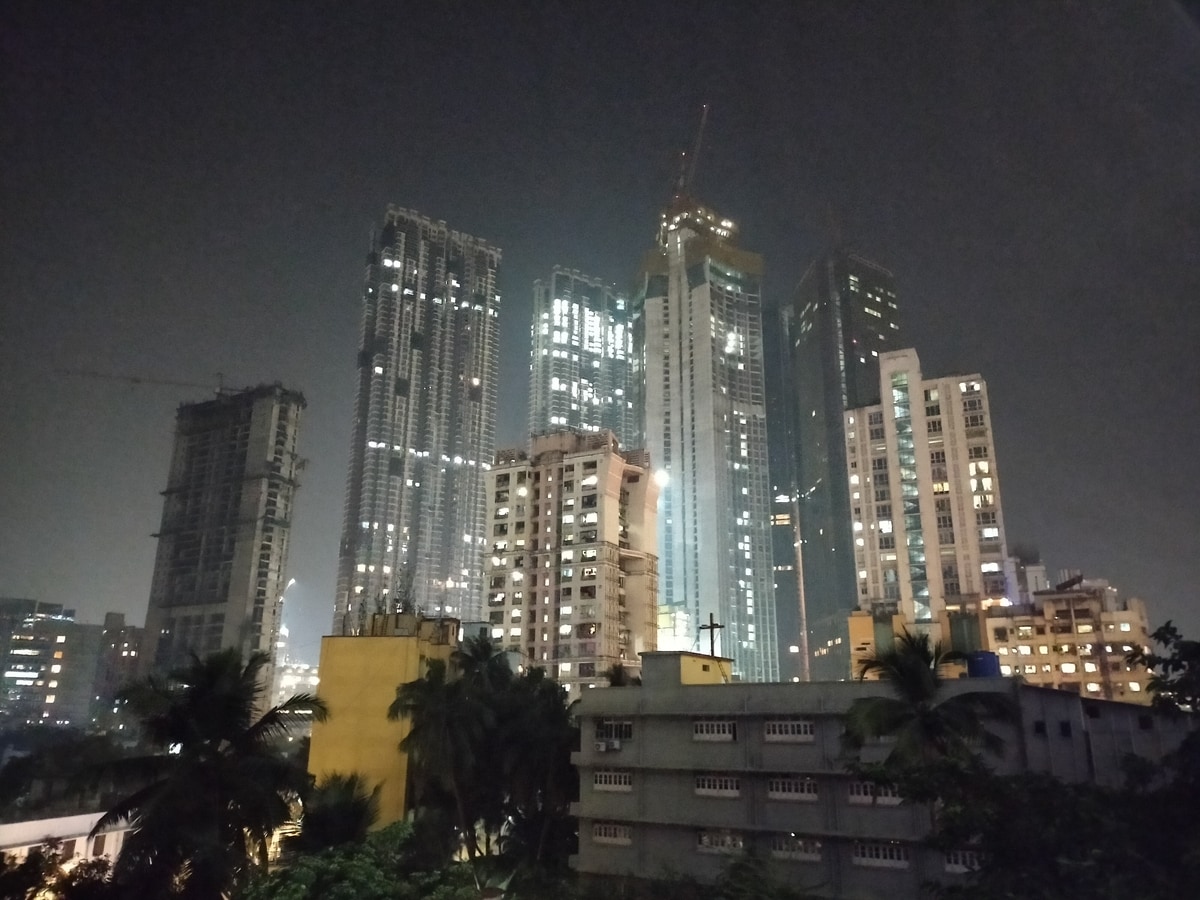 Nightscape helps a bit in correcting the exposure and bringing out better detail, but the Realme 5s isn’t always the clear winner. In some cases, we preferred shots taken with the Realme 5. The wide-angle camera doesn’t fare well in low light either, but some shots can be salvaged with the use of Nightscape.

Selfies taken in the daytime look decent, with natural skin tones and a fair amount of detail. Portrait mode still needs a bit of work as the background blur effect is too aggressive. In low light, the selfie camera struggled with detail and there was lots of visible noise. The screen flash is quite powerful, which helps in very dark situations.

Video quality was also okay but there was some focus hunting when panning the camera around or walking, even in the daytime. Videos are electronically stabilised but only up to 1080p resolution and not at 4K. You can shoot using the wide-angle camera too, but the quality drops. In low light, video quality is below average as even at 1080p, there’s lots of grain and shimmer in the footage.

The Realme 5s is a very minor refresh of the Realme 5. The new main camera delivers slightly better results in daylight but still struggles in low-light situations for stills and videos. Other than this and the new body colour, there really isn’t anything to distinguish this device from its predecessor. Since this phone has launched at the same price as its predecessor, we can’t complain. It doesn’t make sense to buy the Realme 5 now, unless you’re on a tight budget and don’t mind missing out on the new camera.

We feel that Realme could have done a lot more with the 5s to make it more competitive. The Realme 5 was a good phone when it launched a few months ago, but in that short span, we have new options such as the Redmi Note 8 (Review) and the slightly pricier Vivo U20 (Review), both of which offer more, especially higher resolution displays.

Was rejected by filmmakers because I was a sardar: Manjot Singh
2019-07-10