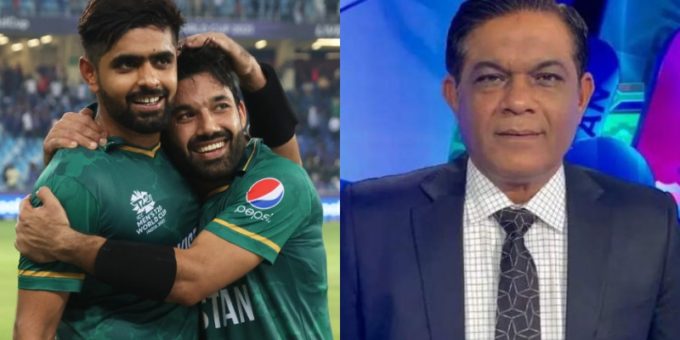 Former Pakistan captain Rashid Latif has taken a dig at India while citing the extraordinary performance of Babar Azam and Mohammad Rizwan.

Speaking after the conclusion of the third
T20I between Pakistan and West Indies, where Azam and Rizwan shared a
match-winning opening partnership of 158 runs, Latif said that the Men-in-Green
have turned the tables on India through the duo’s consistency with the bat.

“About a year ago, we used to say that
Pakistan doesn’t have players like Virat Kohli, Rohit Sharma or KL Rahul especially
in T20 cricket. But I think, after some time, Indians will also say that we don’t
have players like [Mohammad] Rizwan and Babar [Azam],” said Latif on PTV
Sports.

He also praised Azam and Rizwan’s
ability to improve their strike-rate.

“Earlier, we also had our reservations
about their scoring rate but they made up for it by pacing their innings
perfectly,” he said.

The former wicketkeeper also made a
tongue-in-cheek comment about Pakistan’s opening pair.

“Scoring six century partnerships is
no joke…I think they are from a different planet,” he chuckled.

UCP MLAs banned from leaving Canada over the holidays

With Sprouts, Paneer And A Secret Chutney, This Sandwich Is All About Health And Flavour
2020-09-11