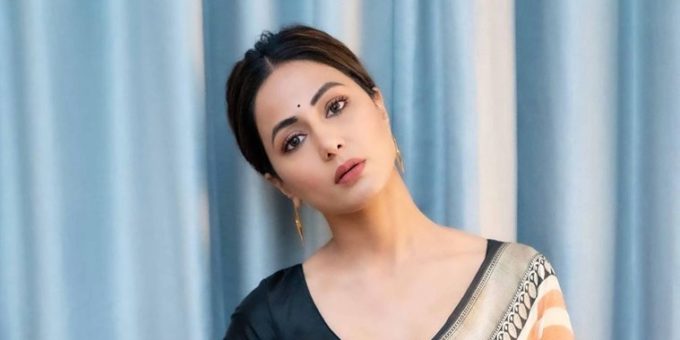 Hina Khan on Friday revealed who will reach the finale of Salman Khan-hosted reality show Bigg Boss 13. Bigg Boss 13 is currently two weeks away from getting its winner.

Hina shared with indianexpress.com, “I don’t know who is going be the winner. As far as top contestants are concerned, I see Rashami (Desai), Sidharth (Shukla), Asim (Riaz) and Shehnaaz (Gill) in top four. That’s what I feel. But you don’t know. There’s still two weeks to go, which will be tough.”

Hina Khan gained popularity with her debut TV show Yeh Rishta Kya Kehlata Hai. She played its lead protagonist for eight years. The actor later participated in Bigg Boss 11 and emerged as its first runner up. She was also seen in Khatron Ke Khiladi 8.

Hina said she has shown her real side in reality shows.

“I was real and honest in Khatron Ke Khiladi and Bigg Boss. Whenever somebody asks me, I have every option to say ‘oh it’s scripted’ or I could just say anything. But I always say I was real. But then, it all depends on what is chosen when the edited part comes out. So, I was what I was. I was myself,” the actor told us.

Hina Khan starter Hacked is set to release on February 7.

In former Syria rebel stronghold of Maaret Al-Numan, nothing was spared