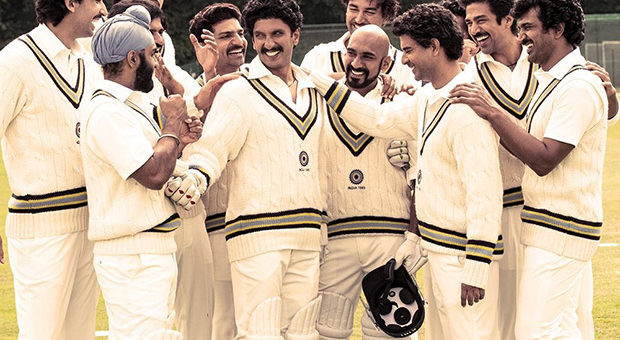 Kabir Khan’s directorial 83 starring Ranveer Singh in the lead is just two days away from its theatrical release. The film which is co-produced by Deepika Padukone has been receiving positive reviews after its world premiere in Jeddah and special screenings in Mumbai. Now, the film has been declared tax-free in Delhi.

The film 83 which was supposed to be released in May last year has had a long wait and is one of the most awaited films of the year. The film also received a standing ovation at its world premiere on December 15 at the Red Sea Film Festival in Jeddah. During the same week, the trailer of the film was also played on the iconic Burj Khalifa, the world’s tallest building.

ALSO READ: SCOOP: Ranveer Singh charged 83 makers Rs. 20 cr. as his remuneration; also has a profit share in the film

Twitter Users Greet The New Owner Elon Musk In His Own Language: Memes
2022-04-26