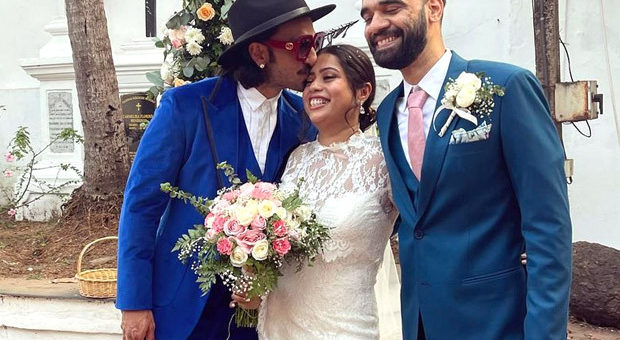 Actor Ranveer Singh who recently returned to Mumbai from Dubai after the world premiere of his upcoming film 83 headed to Goa to attend his manager Susan Rodrigue’s church wedding. The actor looked dapper in a blue suit as he attended the Christian wedding in Goa and also twinned with the groom.

Ranveer wore a vintage style three-piece navy blue suit which included bell-bottoms and completed the look with a matching hat. The actors’ stylist Nitasha Gaurav who was also at the wedding shared pictures from the ceremony. In one of the pictures, Ranveer kisses the bride on her forehead as he posed with the newlyweds. 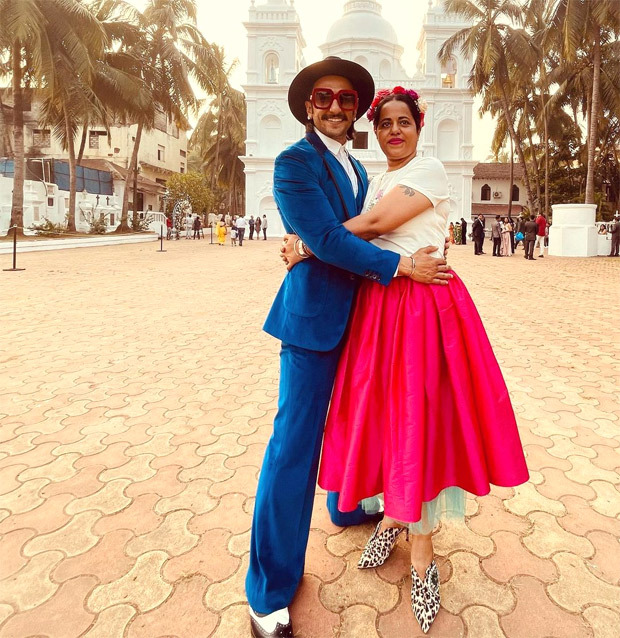 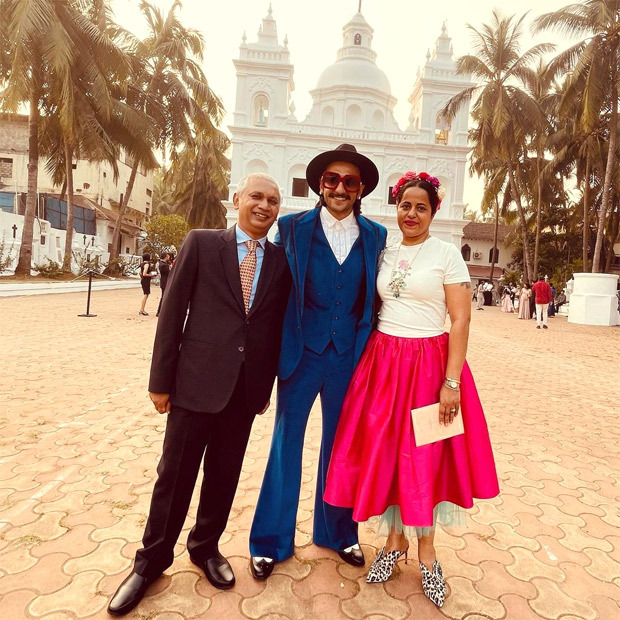 On the work front, Ranveer is currently promoting his upcoming film 83 directed by Kabir Khan. The film which was supposed to release in May last year is now less than a week away from its theatrical release across the world. The film which narrates the story of the 1983 cricket world cup had its world premiere on December 15 at the Red Sea Film Festival in Jeddah. The film received a standing ovation from the audience at the event.

ALSO READ: BREAKING: Ranveer Singh starrer 83 to have its premiere in Mumbai on December 22

OnePlus 9, OnePlus 9 Pro Getting OxygenOS 12 Based on Android 12 Again After Suspension