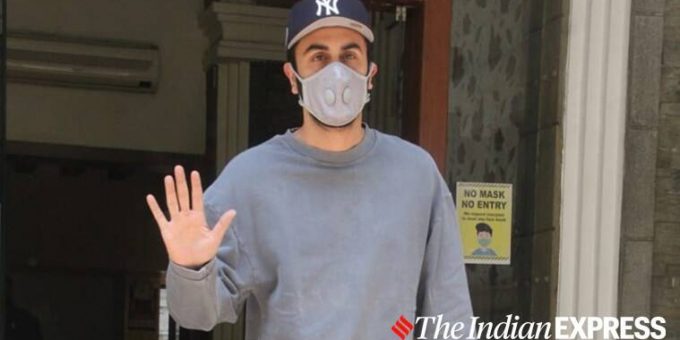 Actor Ranbir Kapoor was papped in Mumbai as he stepped out to visit a clinic. The Brahmastra star, who recently recovered from Covid-19, maintained his distance from the paparazzi, yet managing to strike a cool pose for the cameras.

“Aap log ka lockdown nahi hai (Haven’t you guys been asked to observe lockdown)?” Ranbir asked as he posed for the paps. When the photographers told him that their work was on, he asked, “Kyun (Why)?”

Keeping his attire casual, Ranbir had his mask on throughout. This was one of the rare occasions Ranbir was spotted ever since his recovery. He was seen two weeks back, visiting film producer Aarti Shetty’s home, along with good friend and filmmaker Ayan Mukerji.

After testing negative for the coronavirus, Ranbir had also performed a puja to mark the 11-month death anniversary of his late father and veteran actor Rishi Kapoor. He was accompanied by his sister Riddhima Kapoor Sahni in the prayer service.

Ranbir had tested positive for Covid-19 at the start of March and had quarantined himself at his house in Bandra. His mother, actor Neetu Kapoor had shared his diagnosis on her Instagram handle. Ranbir’s girlfriend and actor Alia Bhatt also tested positive on April 1. After staying quarantined at home for several days, she shared on Wednesday of testing negative.

Ranbir and Alia, who’ve been dating for sometime, are awaiting the release of Brahmastra, apart from their individual projects. Ayan Mukerji directorial Brahmastra marks Ranbir and Alia’s first onscreen collaboration together. It also stars Amitabh Bachchan, Nagarjuna, Mouni Roy and others.

Turkey to send delegation to Egypt in May, foreign ministers to meet later

Bombay High Court censures Kamaal R Khan from commenting on any and all of Producer Vashu Bhagnani’s businesses : Bollywood News