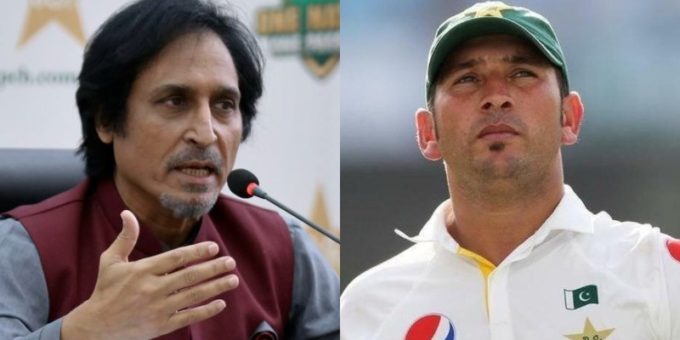 The Pakistan Cricket Board (PCB) Chairman Ramiz Raja has opened up after Test cricketer Yasir Shah and his friend, Farhan, were named in a First Information Report (FIR) regarding the alleged rape of a 14-year-old girl on Monday.

Speaking on
the matter, Raja expressed his disappointment over the negative headlines it
had created for Pakistan cricket.

“We are still
assessing the situation but I will say that these players are ambassadors of
Pakistan and such headlines are not good for Pakistan cricket. This was
supposed to be a calming period for us as a feel good factor had been created,”
said Raja.

Yasir Shah
has not made any comment on the accusations against him.

Meanwhile,
the PCB released a statement, saying: “We have noted that some allegations have
been levelled against one of our Centrally Contracted players.”

“The PCB is
presently gathering information and will only offer a comment when in possession
of the complete facts,” it added.

The case has
been booked under Section 376 of the Pakistan Penal Code (Punishment for rape),
Section 292B and 292C of the PPC that deals with the circulation of
pornographic content.

Haryana Lowers Drinking Age From 25 To 21

The students calling out China on Australia's campuses
2021-06-26