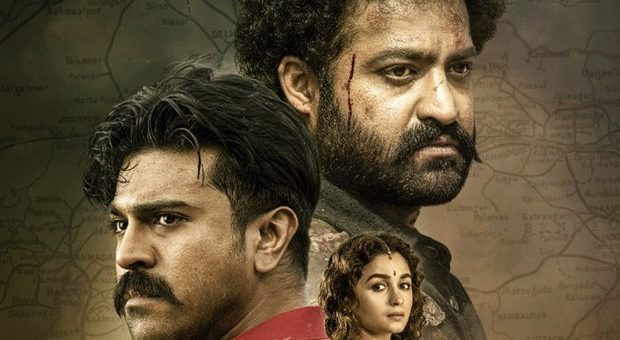 The much talked about and keenly anticipated pan-India release RRR is fast gathering steam. Directed by SS Rajamouli the film which features Ram Charan, NTR Jr, Ajay Devgan and Alia Bhatt is slated to release next year. However, pre bookings for the same have already started two weeks before release. Now we hear that the film has created a record of sorts within the USA.

In fact, pre bookings for the premiere of RRR in the USA have crossed USD 1 million, making it the first Indian film to achieve this feat. Interestingly, tickets have been pre booked two weeks before RRR hits screens, displaying the overwhelming response it has received from the audience.

As for the film itself, RRR that is said be to Rajamouli next epic after the Baahubali films features Ram Charan, Jr NTR, and Alia Bhatt. Besides them the films also stars Olivia Morris, Samuthirakani Ruth Prabhu, Alison Doody, Ray Stevenson, and Shriya Saran in pivotal roles. Slated to release in theaters on January 7, 2022, RRR is set in the early 20th century and will revolve around the life of two freedom fighters- Komaram Bheem, played by Jr NTR, and Alluri Sitarama Raju, played by Ram Charan.