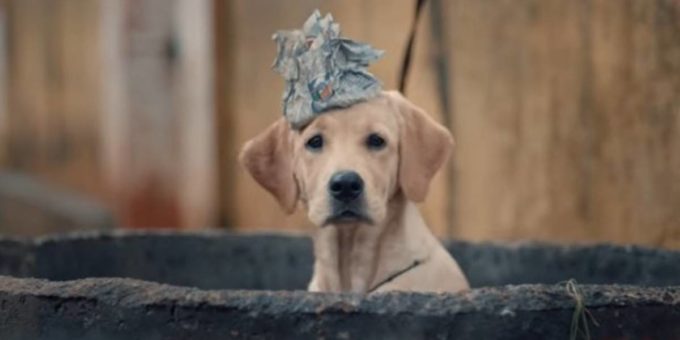 Kannada actor Rakshit Shetty turned a year older on Sunday. To mark his 38th birthday, a new teaser from his upcoming film 777 Charlie was released by several stars from across the Indian film industry. Given it was Rakshit’s birthday, one may expect, the actor will be the main focus of the teaser, instead story take precedence over the star of the film.

Going by the 777 Charlie teaser, Rakshit Shetty seems to be playing second fiddle to a highly mischievous Labrador dog, which has mastered the art of surviving alone in the city. It is like a lone wolf, who hunts and eats alone. The dog gets a heroic introduction in the teaser as it smashes through the glass, ala the trained assassin in director Timur Bekmambetov’s Wanted. And what follows is a sneak peek of a puppy’s journey coupled with a beautiful melody titled Life Of Charlie. The song is written by Nagarjun Sharma, sung by Shubham Roy and composed by Nobin Paul.

It is a song that marks the dog’s coming of age. It takes a trip through the picturesque landscapes of Karnataka in search of a home. And during the journey, it learns to enjoy nature, learn parlour tricks to steal food, and travel long distances without wearing out its muscles. The little over two-minute video is bound to put a smile on the face of the viewers and fill their heart with a lot of warmth. If the teaser is anything to go by, Charlie, the dog, seems to have delivered one of the best animal performances of all time.

Written and directed by Kiranraj K, the film will release in multiple languages later this year. Besides Rakshit, the film also stars Sangeetha Sringeri, Raj B Shetty, Danish Sait, Bobby Simha and others.