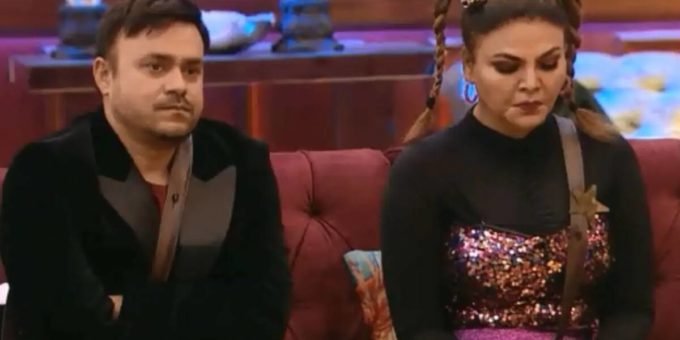 Rakhi Sawant and her husband Ritesh Singh made headlines when they entered Bigg Boss 15 together last month. However, as time passed, Ritesh’s past started to affect his relationship with Rakhi. A woman in Bihar claimed that he was still married to her and thus his and Rakhi’s marriage is not legal. She even accused him of domestic violence and abandoning her and their son.

Post his eviction, Ritesh, in an exclusive chat with indianexpress.com, clarified his stand saying that his wife eloped with another man. He also said that all her claims are to arm-twist him into paying her. Accusing her of trying to malign him again and again, the software professional added that while he is not legally married to Rakhi, they have accepted each other as husband-wife, and will tie the knot once his estranged wife divorces him.

Now in an interview with Siddharth Kannan, Ritesh Singh has further opened up about his relationship. He confessed that he and Rakhi have not spent much time together, and it was in Bigg Boss 15 that their bond grew stronger. He also revealed that his parents had no inkling about his association with Rakhi and are quite upset about the same.

“They didn’t know about my relationship with Rakhi until they saw us on Bigg Boss. Needless to say, they were upset and angry. However, I think every parent wants the best for their child and they will accept us. No one can say no to Rakhi, and I am not talking about Rakhi Sawant the star, but the amazing human being that she is,” Ritesh said.

He also shared that he was in India to celebrate Rakhi Sawant’s birthday when the actor was offered the show. As a birthday gift, she asked him to come along and he couldn’t say no. Ritesh said that now that everything is out in the open, he would want to start afresh with Rakhi once she is back.

Serie A: Moise Kean Steps Up In Cristiano Ronaldo’s Absence To Rescue Juventus vs Empoli
2019-03-31