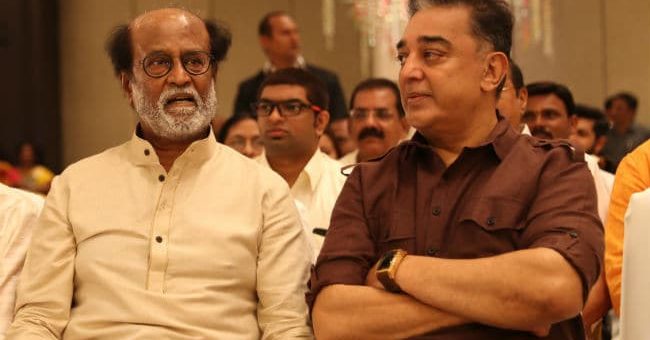 The top stars of Tamil cinema, Rajinikanth and Kamal Haasan, have been invited for the May 30 swearing-in of Narendra Modi as Prime Minister for a second term, sources close to the stars said.

While Mr Haasan, whose political party Makkal Needhi Maiam (MNM) had made its electoral debut this Lok Sabha polls, Rajinikanth is yet to formalise his December 2017 announcement on taking the political plunge.

Sources close to both actors acknowledged the two being invited to PM Modi’s swearing-in scheduled on Thursday, but did not divulge if the veterans would participate.

Incidentally, Mr Haasan has been opposed to the BJP, even expressing joy that the party which swept the Lok Sabha seats in rest of the country, did not win a single seat in Tamil Nadu, saying the state did not toe the national line.

His remarks that free India’s first extremist was a Hindu, referring to Nathuram Godse who had gunned down Mahatma Gandhi, had drawn a strong reaction from the state BJP, which even moved the Election Commission, seeking action against him.

Rajinikanth, whom PM Modi had met in the past during his visit to the city, had in December 2017 announced that he will indeed take the political plunge, by floating a party that would contest from all the 234 Assembly seats in the state in the next general elections.

The next Assembly polls are due in 2021.

Incidentally, commenting on the opposition uniting against PM Modi last year, the superstar had said the Prime Minister was ”stronger” than 10 persons aligning against him.

However, the veteran star had earlier questioned the ”flawed” implementation of the Modi government’s demonetisation exercise in November 2016.

PM Modi will be administered oath of office for his second term along with his new council of ministers on May 30 by President Ram Nath Kovind.

He is the first BJP leader who has been elected for the second time after completion of his five-year tenure, a feat so far achieved only by two Congress leaders–Jawaharlal Nehru and Indira Gandhi.