Breaking News
2022-05-20 US military review of civilian casualties in Syria flawed, claims Human Rights Watch 2022-05-20 Opinion | Will Australia’s Election Be a Reckoning for Morrison on Climate? 2022-05-20 Canada to ban China's Huawei and ZTE from its 5G networks 2022-05-20 mariupol: Ukrainian troops surrendering at Mariupol registered as POWs 2022-05-20 Bushra Iqbal Talks About How to Be A Positive Inspiration In Life 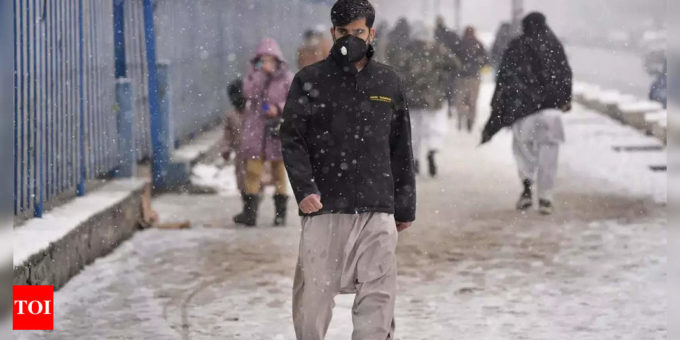 SWITZERLAND: A delegation of the Taliban has arrived in Geneva, where it plans to hold talks with representatives of the Swiss Federal Department of Foreign Affairs (FDFA) and non-governmental organization, FDFA spokeswoman Elisa Raggi said.
“The FDFA confirms that the Taliban is in Geneva at the invitation of a non-governmental organization that seeks to improve the observance of humanitarian norms and principles,” Raggi said, according to Sputnik News Agency.
According to the spokesperson, the Taliban will hold talks with members of non-governmental organisations and high-ranking officials of the FDFA this week.
The meetings will focus on the issues of humanitarian access to Afghan populations in need, protection of humanitarian organisations and respect for human rights, including the rights of women and minorities in the country. Raggi said that the talks would be held in private, Sputnik reported.
The spokeswoman also noted that the visit of the Taliban delegation to Geneva was not organised by the Swiss authorities.
“Their presence in Switzerland is not legitimization or recognition of the Taliban,” she said.
The humanitarian situation in Afghanistan has deteriorated drastically since the Taliban took control of Kabul last year in mid-August.
A combination of a suspension of foreign aid, the freezing of Afghan government assets, and international sanctions on the Taliban have plunged the country, already suffering from high poverty levels, into a full-blown economic crisis.

Opinion | Will Australia’s Election Be a Reckoning for Morrison on Climate?
2022-05-20