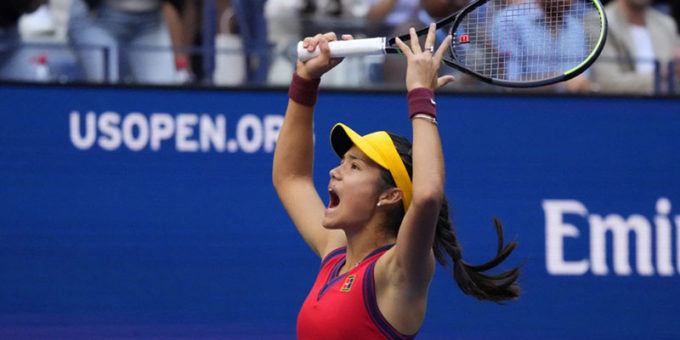 US Open champion Emma Raducanu on Saturday pulled out of an Australian Open warm-up tournament next week as she continues to recover from coronavirus.

The
19-year-old Briton was due to line up alongside defending Australian Open
champion Naomi Osaka and former world number one Simona Halep at the Melbourne
Summer Set WTA event from Tuesday.

But after
practicing at Melbourne Park on Saturday she opted out, having tested positive
for Covid-19 before an Abu Dhabi exhibition last month and then spent time in
isolation.

“The
timing to compete in the first Melbourne event this week is too soon for me,
having just returned from isolation,” she said in a brief statement.
“Look forward to seeing you to compete later this month.”

Raducanu
became the first British woman to win a Grand Slam since Virginia Wade in 1977
when she triumphed at Flushing Meadows, but has struggled to find the same form
since then.

She has been
working with new coach Torben Beltz ahead of what will be her first full season
on the WTA Tour.

French Open
finalist Anastasia Pavlyuchenkova will also miss the Melbourne event after
testing positive for Covid-19 earlier this week, casting doubt on whether she
will be fit for the Australian Open.

Ranked at a
career-high 11, the Russian made her first Grand Slam final in June, losing to
Barbora Krejcikova at Roland Garros.