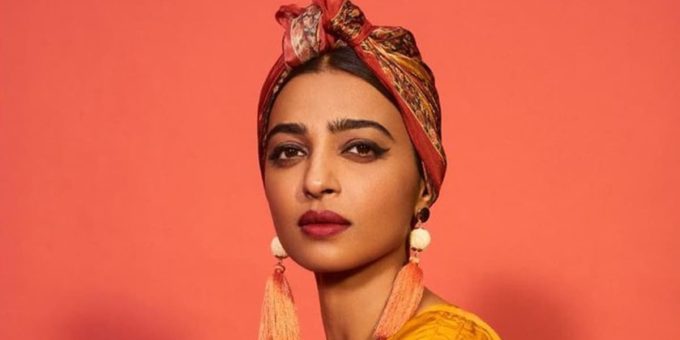 Radhika Apte is one actor who has completely bowled us over with her talent. Her incredible films like ‘Andhadhun’ and ‘Padman’ were not just big box office hits, but also won critical appreciation. The actor goes the extra mile to prepare herself for each role that she takes up. It comes as no surprise that Radhika has amassed over 3.4 million followers on Instagram and fans are well-versed with her amazing cinematic journey. However, we recently got to know that Radhika Apte is not just a versatile actor, but also an amazing baker! She took to Instagram to share a post about a delicious birthday cake that she baked for a friend, and the results looked nothing short of professional. Take a look at the post that she shared:

“Pre-party cake making,” she wrote in the caption followed by a number of hashtags, including #ohyeahimgood. Radhika Apte revealed that she had baked it for her best friend’s 40th birthday celebration. It was a lemon and blueberry flavoured cake with poppy seeds in its batter. The frosting was made with fresh raspberries and buttercream. Radhika Apte also used coconut shavings and lemon zest to garnish the cake, which was finally decorated with beautiful red roses.

The birthday party was held over the weekend, and we wouldn’t be surprised to know that the cake stole the limelight! Kudos to Radhika Apte for her marvelous cake creation made just like a pro baker. This is not the only time that the actor has shared her love for food. In a recent post, we could see Radhika smiling with a crunchy corn rib in her hand at a boat party in London. Take a look:

We would definitely love to see more foodie diaries from Radhika Apte’s journey! Meanwhile, on the work front, Radhika Apte’s recent release was ‘The Wedding Guest’ alongside Hollywood star Dev Patel. She will next be seen in ‘Mrs. Undercover’- a fast-paced spy thriller.

How scared should you be of the new COVID-19 variant “Omicron”? AIIMS Director Dr. Randeep Guleria explains

Weaves of India: Shawls from around the country that celebrate age-old weaving traditions