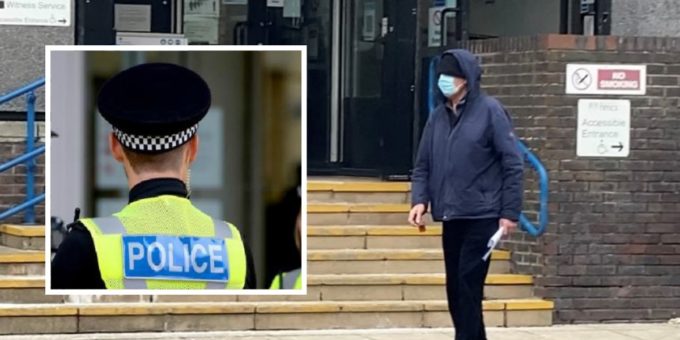 POLICE say racism will not be tolerated after man is sentenced for racial abuse at Bridport football match.

Peter Chubb, aged 74 and of Bridport, appeared at Weymouth Magistrates’ Court on Friday, January 21 and admitted a charge of racially aggravated intentional harassment.

The charge related to racial abuse directed toward a player during the second half of a match between the reserve teams of Bridport FC at St Mary’s Field in Skilling Road on Saturday 9 October 2021.

The referee and members of the crowd witnessed the abuse, which was directed toward a Gillingham Town FC player. The defendant was asked to leave the ground and the match was abandoned due to the incident.

Neighbourhood Chief Inspector Andy Edwards, of Dorset County Local Policing Area, said: “We want to send a clear message that racist abuse has no place at a football match or anywhere in our communities and will simply not be tolerated.

“We will take robust action when incidents of this nature are reported to us and will ensure those responsible are identified and brought before the courts to face the consequences of their actions.

“I want to thank the football clubs involved for their support during the investigation into this incident.”

Shamoon Abbasi Tells The Inside Stories Behind Celebrities’ Divorces