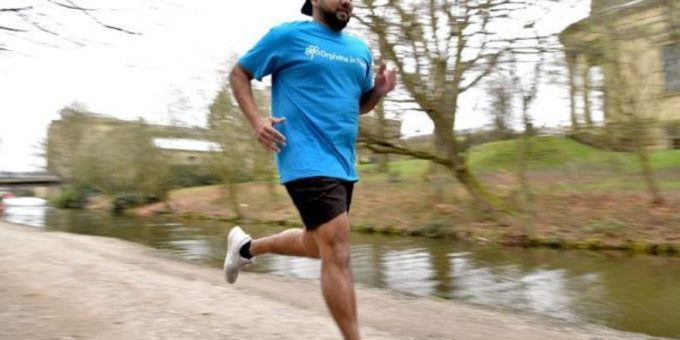 A MAN who won a TV travel challenge is taking on a triple running challenge to help raise £100,000 to build a school for disadvantaged children in Nepal.

Emon Choudhury and his nephew Jamiul were crowned winners of BBC Two’s Race Across the World that gripped the nation at the start of the first lockdown last year.

Emon, of Saltaire, has been taking part in a series of running challenges over the last six months.

He now faces three runs in the space of five weeks, including one in Bradford, another in Manchester and his biggest test of all; the London Marathon.

Emon is deep in training for his triple running test. He kicks it off my taking part in the Manchester 10k on September 26. This will be followed by taking on the challenge of the 26.2-mile London Marathon on October 3 and rounding off his running tests with the Bradford City Runs on October 31.

He will also be joined by some of his fellow participants from Race Across The World when he takes on the 10k route around the streets of Bradford city centre next month.

“I’ve had a few injuries. I had an ankle injury and had to rest it for a week.

“I’ve just done my biggest run yet, a 21-mile run. The furthest run I had done before that in training was 18 miles.

“The Manchester and Bradford runs are not a problem, as I do those every day.

“It’s a bit daunting doing the London Marathon. I’m not looking forward to it. I just want to complete it. I would love to do it in under five hours. Four to five hours would be great.

“I am running up and down the Leeds and Liverpool Canal in my training.”

Earlier this year Emon completed a 200k challenge during Ramadan by doing separate runs of between 5km and 10km each day, initially going along the Leeds and Liverpool Canal towpath between Saltaire and Bingley.

He kept to Ramadan requirements of fasting during the day and will complete each of his runs from around 6pm each day.

Emon and Jamiul shot to fame on the BBC Two show after they travelled 15,000 miles from Mexico City to Ushuaia in Argentina, the world’s most southerly city, without flights, phones, the internet or bank cards.

They defeated four other pairs and took the crown by just 20 seconds.

Go to justgiving.com/fundraising/runemonrun to make a donation.

Email emon786@hotmail.com for businesses who wish to get their logo on Emon’s race T-shirts for his three upcoming runs, or for more information to take part in the runs he is participating in.

Eight days until E-Day: How Manitoba’s 2021 election races are shaping up