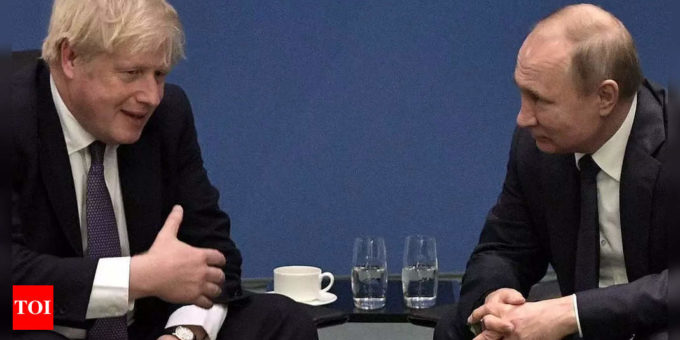 MOSCOW: President Vladimir Putin told British Prime Minister Boris Johnson in a call on Monday that Moscow wanted immediate talks with the West to curb any potential eastward expansion of NATO.
“Vladimir Putin said there was a need to immediately begin negotiations with the goal of coming up with clear, international legal agreements that would prevent NATO’s further expansion east and the deployment of weapons that threaten Russia to neighbouring states, primarily Ukraine,” the Kremlin said in a statement.