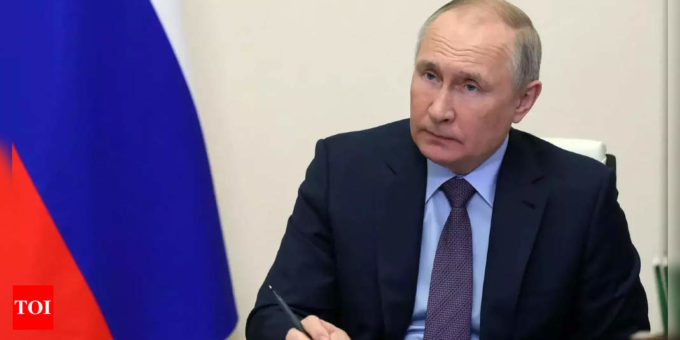 With the US banning Russian energy imports, and Europe weighing how far to go in doing the same, President Vladimir Putin of Russia told top officials and industry representatives this week that Moscow should be looking to redirect its energy exports to “promising markets” in “the south and the east. ”
Putin ordered up plans to expand export infrastructure to Africa, Latin America and the Asia-Pacific. But the only real alternative for Russia to offset losses from Europe, its biggest customer by far, would be Asia— given its geographical proximity, economic growth and scarcity of natural resources, analysts say. Ramping up energy deliveries to Asia, though, would require building pipelines, railways and ports in Russia’s east — a process that would take years, if not decades. It also would require political will and a commitment to increase infrastructure for countries on the receiving end.
“When you look at the amount they send to Europe, even if Europe halves its dependence, that would be a huge amount to send elsewhere,” said Philip Andrews-Speed, a senior principal fellow at the National University of Singapore’s Energy Studies Institute. Oil and liquefied natural gas, delivered by ship, can be more easily redirected, he said, but replacing gas exports will be far more difficult. “The idea that they can send huge amounts of gas that goes to Europe and switch it to Asia, even in a year or two, is a non-starter really,” Andrews-Speed said.
Europe accounts for about half of Russia’s crude oil and condensate exports, three quarters of its natural gas exports, and a third of its coal exports, according to the US energy information administration. Early indications are that Russia has found interest in India and China.