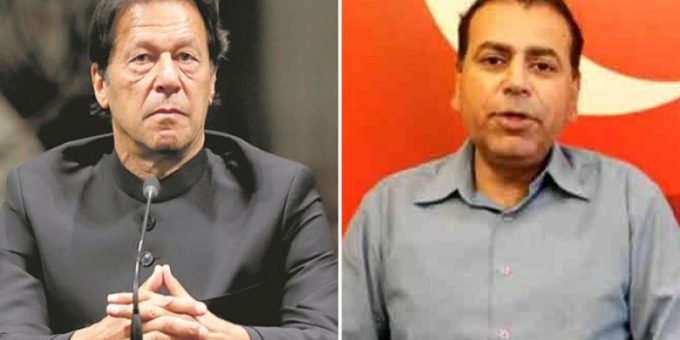 Former central information secretary of PTI Ahmed Jawad on Sunday announced that he will file a lawsuit against the party for terminating his membership.

the PTI had expelled Jawad from the party for “violating the party’s constitution” on social media and “slandering” senior leadership.

Talking to Geo News, Jawad said that his termination from the party’s membership is “illegal,” adding that, “PTI voters and workers have seen the true colours of Imran Khan now.”

The ex-PTI member said that in the last 74 years, “no one ha deceived the nation like PTI did, while overseas Pakistanis were used like Automated Teller Machines (ATM).”

It is worth mentioning here that Jawad had criticised the policies of the ruling party.

Taking to his Twitter account, he had said that he will reveal the reasons why he stayed quiet for so long on the “fascism and incompetence of PTI,” asking followers to “stay tuned”.

Subsequently, the PTI expelled the former secretary of information for “violating the party’s constitution” on social media.

According to a statement issued by the PTI’s Standing Committee on Accountability and Discipline (SCAD) on January 12, a show-cause was served to Ahmad asking him to explain his position within seven days of the receipt of the notice but the disgruntled leader did not respond to the notice.

After receiving the second show-cause notice, Jawad sent a reply, which was received by the SCAD on January 21; however, he did not explain his position, rather admitted that he had issued more than 40 tweets while SCAD took notice of only two of his tweets.

“The Sub Committee of the SCAD observed that there were different forums in the party for Jawad to express his feelings/narrative before the party while he used social, electronic media to get his objective [to] malign/slander the party senior leadership, causing severe damage to the party,” the statement read.