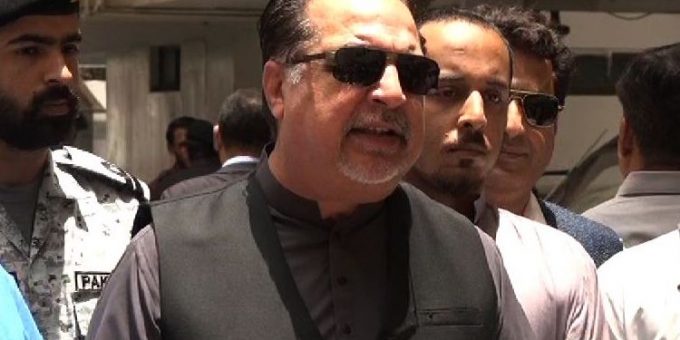 Sindh Governor Imran Ismail said on Tuesday that the remaining Pakistan Super League matches in Karachi would be held as per schedule.

Ismail said so while speaking to the media in Karachi. He
said the T20 league would go as planned all over the country.

The Sindh governor said that 80% tickets for the matches in
Karachi have been sold out. He urged the masses to go to stadiums and watch
live matches.

The government also intends to fumigate stadiums before the
matches, Ismail added.

Sindh Local Government Minister Nasir Hussain Shah also
confirmed that the remaining matches of PSL-5 would be held in Karachi as per
schedule.

“Karachi is set to host the remaining PSL-5 matches and
the Sindh government has finalised all arrangements in this regard,” Shah
told reporters during his visit to the National Stadium.

He said fumigation at the stadium and screening of the
spectators would be carried out before the matches.

“Karachiites can freely come and enjoy cricket in
stadium,” the minister said. “They do not need to fear the
coronavirus.”

5 Days Of Blood, Bodies And My First Visit To A Mortuary In Delhi

Jawed Habib joins BJP: All the times he and his team created statement-worthy hairstyles
2019-04-24