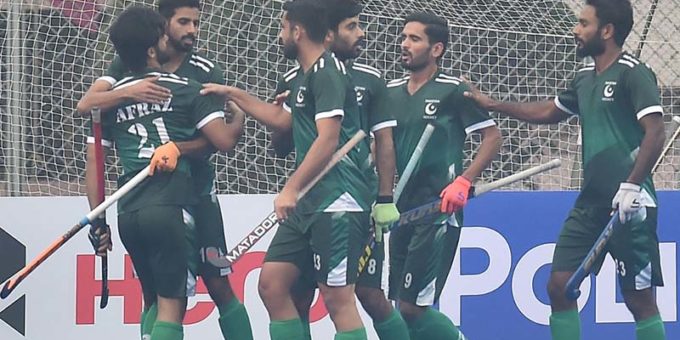 As the year 2021 draws to a close, Pakistan hockey continues to be in a state of free fall which does not bode well for a country which once had the best team in the world. The Green Shirts, which clinched multiple Olympic Gold Medals and World Cup titles in the past, now find it difficult to even qualify for mega events. A gradual decline, both on and off the field, has meant that hockey in Pakistan has descended in a bottomless pit of mediocrity.

However, Pakistan hockey can still regain its lost glory if
a proper plan is put in place to address the problems surrounding the sport in
the country.

“If I was asked to share my plan for betterment of hockey in
Pakistan, I would go to sponsors and urge them to invest in a PSL-like hockey
tournament,” said Butt. “This will help the players financially, while also
ensuring that the game gets highlighted on mainstream media once again.”

“It is also important to hold international hockey series in
Pakistan, so that youngsters take interest in the game,” he added.

The 33-year-old also spoke about Pakistan’s performance in
the recently-concluded Asian Champions Trophy, where the team finished in
fourth place.

“Pakistan put up a good fight during the Asian Champions
Trophy,” he said. “I was happy to see that the team was not overly-reliant on
scoring from short corners and, instead, concentrated on scoring field goals.”

“Although, I was disappointed with the fact that we conceded
a lot of goals which is why it is imperative that we work on our defensive
tactics and goalkeeping skills,” he added.

The Pakistan Hockey Federation (PHF) recently appointed Siegfried
Aikman as its head coach till 2026. The Dutch was coach of the Japanese team,
which stunned the world by winning the Asian Games title in 2018.

Although, Butt believes that Aikman’s appointment will only
be successful if he works with the team for a long period of time.

“I don’t think that the team’s performance will improve
straightaway under his [Siegfried Aikman] coaching. I hope they give him six to
seven years, along with proper facilities, as that will put the team on the
right track in the long run,” he said.

The fitness of Pakistan players during matches has left a
lot to be desired, which is a major disadvantage when the team comes up against
supremely fit athletes of other countries.

“The team definitely needs a foreign trainer to improve the
level of fitness, along with a proper diet plan,” Butt said when questioned
about players’ health and fitness. “Financial support for players is also important
in this regard so that they are mentally relaxed and stay focused on improving
their fitness.”

Butt, who represented Pakistan in 156 games, also urged the
local authorities to ensure that hockey is played at grass roots level as it is
the breeding ground for new talent.

“There is hardly any hockey being played at school, college
and university level which is one of major reasons behind the decline of hockey
in the country. If the game is not revived at the grass roots level, it will be
very difficult to produce new talent,” he said.

The Lahore-born also wants the PHF to be self-sufficient
rather than relying on the government to provide funds.

“The PHF should have its own marketing department in order
to generate funds rather than depending on the government and the Pakistan
Sports Board. The team is unable to play international events whenever the funding
stops, which greatly affects the progress of the game in the country,” he said.

Pakistan hockey might be going through a dark phase but a
collective effort, including the media, government and private institutions,
for the betterment of the game can put the sport back on track before it
becomes a lost cause altogether.

KL Rahul To Lead India In ODIs vs South Africa, Rohit Sharma To Miss Series Due To Injury

Thalidomide scandal: How Australia’s response has ‘lagged behind’
2019-04-02

Rana Daaggubati-Miheeka Bajaj wedding: Bride-to-be will wear a lehenga designed by this designer
2020-08-08