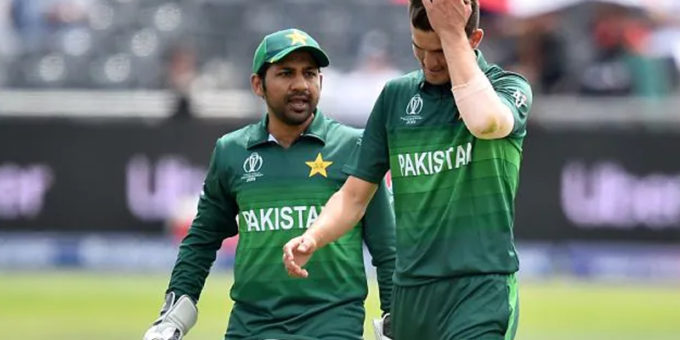 The duo was involved in a heated exchange of words during
the match 23 of the Pakistan Super League (PSL) 2021 between Quetta Gladiators
and Multan Sultans.

The incident occurred in the 19th over of the Gladiators
innings when the wicketkeeper-batsman was hit while facing a short pitch
delivery on the bowling of the left-arm pacer.

The development divided supporters as well as some
journalists and both players received criticism from different quarters.

However, on Thursday, both Sarfaraz and Shaheen exchanged
nice words on Twitter.

It’s all good bro.
Whatever happened in the field it should stay in the field.
You are the star of Pakistan too.
May Allah give you more success in life. You are little brother to me .All is well 😍🙌 https://t.co/zmRY2a72Em

It is believed that both players were called by the match
referee after the incident as well to clear any misconception.

Mumbai vaccination racket: Ramesh Taurani of Tips Industries says 356 of his employees yet to receive a certificate : Bollywood News

Kathryn Dennis and Chleb Ravenell Celebrate One Year Together!!
2021-07-26

5 Restaurants In Mumbai That Are Bollywood Favourites
2021-07-26

Sooraj Pancholi signs his fourth film and it is a biopic of a boxer! [Read details inside] | Bollywood News
2019-05-23