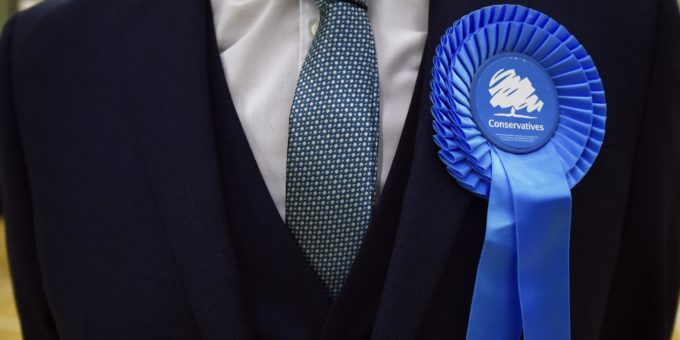 Boris Johnson and Lord Goldsmith are among the prominent Tories highlighted in Professor Swaran Singh’s report on alleged discrimination in the Conservative Party.

For those unable or unwilling to read all of its 44,000 words, here’s a summary: we found evidence of discrimination, and while the problem is not systemic the party must now act to root it out.

Doing this will require the party to accept the findings and recommendations of this report and to implement them in full as soon as possible.

Some of the report will make for very uncomfortable reading among the leadership and the rank and file. Change will be a difficult process that will require a completely new mindset in some quarters, and one that some party members may not like.

Nonetheless, I am encouraged by the willingness shown by party members at every level to show honesty and balance in their analysis of the situation and by their desire for change; to move away from the image described by former prime minister Theresa May as that of the ‘Nasty Party’ and towards an organisation that is truly inclusive and welcoming to all our communities.

The investigation found instances of discrimination at grassroots level among the federated local associations that make up the party.

Some of this was overt and nasty, more often it was thoughtless and petty, and nowhere was it more obvious than on social media.

While this is hardly unique to the Conservative Party, its processes for dealing with complaints of discrimination – in the digital sphere and elsewhere – showed weaknesses and shortcomings.

That said, our rigorous examination of the evidence did not lead to a conclusion that discrimination of any type was systematic or endemic within the party, and the possession of protected characteristics was not a barrier to advancement to its most senior levels.

This finding will doubtless disappoint those for whom nothing short of total excoriation of the party will ever be good enough, and I will return to that later.

Here’s why all this matters so much to me personally. In 1984, I was amongst the first Sikhs to experience the violent wrath of a mob following the assassination of Indira Gandhi, the then prime minister of India, by her Sikh bodyguards.

Thousands of Sikhs were massacred in North India in the ensuring barbarity, and Delhi, the city of my birth, burned for three days.

I was scared as we Sikhs were hunted down in the place we called home by our fellow citizens. This was a powerful formative experience and one that led to a change in my sense of purpose.

I was training to be a surgeon but having witnessed the impact of the trauma on children and young people, I decided to become a psychiatrist.

Over the years that followed I committed myself to various human rights groups and charities, including 10 years in the UK working with a charity for children trapped in ethnic conflicts worldwide, ultimately becoming a commissioner for the Equality and Human Rights Commission (EHRC) in the UK.

Given the opportunity in early 2020 to lead this investigation and achieve something concrete in the fight against discrimination, I seized it eagerly.

My team was tasked with examining the complaints process of the Conservative Party, which among other things exists to investigate claims of all types of discrimination in the party, including (and as it turned out, predominantly) the anti-Muslim sentiment that is often referred to as ‘Islamophobia’.

We decided to broaden the scope of the investigation beyond the complaints held within the party’s internal databases.

We actively sought out cases that might be in the public domain but were missing from the party systems. We surveyed the chairs of all Tory party local associations on whether they had systems for proactively identifying instances of discrimination and recording how these were dealt with.

We issued a public call for evidence under which anyone could submit evidence of discrimination by the party during the six years between 2015 and 2020.

And we spoke to several individuals, including people who had experienced discrimination first-hand.

In all, we analysed the data on almost 1,500 cases of alleged discrimination within the party between 2015 and 2020.

Having rigorously examined the failings in the party system, we have made a series of recommendations with timelines and transparent outcomes against which the party’s progress can be measured.

Anti-Muslim sentiment featured significantly in our findings, but it is important to say that we found no evidence that the party’s complaints process itself is biased against Muslim complainants.

We were never planning to reopen the cases of every one of the hundreds of allegations in the party database or made through other channels, and we could not speak to everyone affected.

However, we were absolutely committed to scrutinise the complaints process and explore the impact of discrimination on individuals.

My team has worked diligently and with great integrity; and here I would like to thank lay panel members Sarah Anderson and Wasiq Wasiq.

Neither they nor I have deserved the attacks on our integrity and reputation that commenced even before we had started our work.

Such ad hominem attacks have sadly become a part of contemporary public discourse. We have kept our counsel until now with a view to preserving the integrity of the investigation.

Upton Sinclair famously remarked that it is difficult to get a person to understand something if their salary depends upon not understanding it.

We knew that would not change the minds of those who seek to foster divisions. We believe though that any fair-minded reader will see for themselves that we approached the task dispassionately and objectively.

In our time of mass and rapid communication, including spread of disinformation, public opinion has the potential to ride roughshod over the rights of minorities.

Thankfully, healthy democracies like the UK possess mechanisms such the Equalities Act and the EHRC to protect the rights of minority groups.

Such mechanisms require transparency and honesty within public and political bodies. The report we have published today will, I hope, contribute to a shared agenda of openness as the Conservative Party seeks to change, modernise, and become truly reflective of contemporary Britain.

‘It keeps me up at night’: Inuit leader Natan Obed presses for climate change action