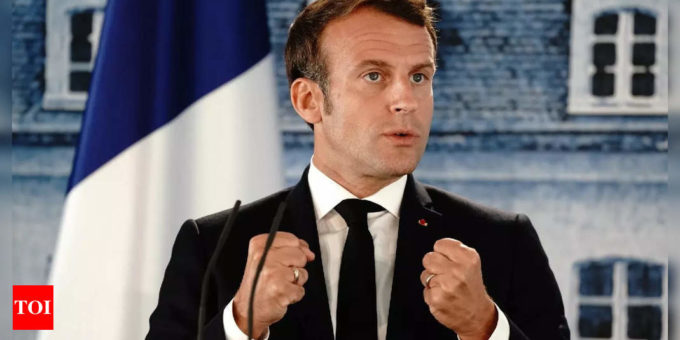 PARIS: New Caledonia’s pro-independence movement on Monday rejected the outcome of Sunday’s referendum in the French overseas territory which showed a majority opting to remain part of France but more than half of registered voters abstaining.
The announcement indicates that Paris is still struggling to resolve a decades-old conflict over the de-colonisation of the Pacific archipelago even though three consecutive referendums since 2018 have rejected independence.
The result showed that 96% of those who did vote on Sunday opposed independence, while abstention stood at 56% as the indigenous Kanak population, who largely favour independence, boycotted the vote.
“The pro-independence supporters do not recognise the legitimacy and the validity of this vote which was confiscated from them,” several separatist groups said in a joint statement.
The groups had previously called for a boycott of the vote.
President Emmanuel Macron on Sunday expressed France’s “pride” that the territory “freely” decided to stay. Paris would renew its pledge to protect the territory situated some 1,400 km off the Australian coast, he said.
Tensions surrounding the referendum rose after France declined a request to delay the ballot to allow for a mourning period following a September surge in coronavirus infections.
“The path of dialogue was thus broken by the stubbornness of a French government unable to reconcile its geostrategic interests in the Pacific with its obligation to decolonise our country,” the pro-independence forces said in their statement.
The Covid-19 pandemic has strained relations between Paris and its overseas territories over the last months, especially in Guadeloupe and Martinique in the Caribbean.,
New Caledonia is the world’s fourth-biggest producer of nickel ore and control of its mining resources are a sensitive issue. The sale of a nickel mining operation by Vale SA’s led to unrest last year.

ukraine: EU tells Ukraine now is not yet time for sanctions on Russia
2022-02-21