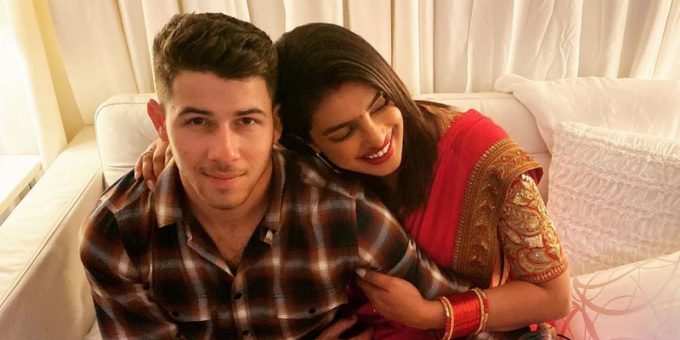 Although Priyanka Chopra and Nick Jonas’s first wedding anniversary is still a few days away, she decided to get Nick Jonas an early gift. And it was none other than an adorable dog. Nick Jonas was taken completely by surprise when he woke up one morning to find a dog licking him with love. Nick Jonas also posted a video of the moment when Nick Jonas met Gino. Nick Jonas, in an endearing post, revealed that he could not help smiling since he woke up.

‘Pri came home with the absolute best surprise this morning. Please meet our new pup @ginothegerman I haven’t stopped smiling since I woke up this morning and finally realized what was going on. Thank you @priyankachopra.’

By the way, this implies we discovered their nicknames for each other as well. Priyanka Chopra calls Nick Jonas Babu while he calls her Pri. How adorable!

Priyanka Chopra also posted a picture of Nick Jonas with Gino remembering Diana (her dog) as well. ‘Back with my boys.. welcome home @ginothegerman .. we still love you mostest @diariesofdiana’ It comes as no surprise that Gino already has an Instagram account with one hundred thousand followers.

Priyanka Chopra and Nick Jonas got married on December 1st, 2019 in a lavish wedding at Jodhpur, India. The main wedding events were attended by their close friends and family while the wedding receptions held in Delhi and Mumbai later had members of the film fraternity and many other notable figures of India including the Prime Minister Narendra Modi. The couple has been pursuing their individual careers and living all over the world since they got married. However, they have recently bought a home near Beverly Hills and would use that as a permanent base. Priyanka Chopra is currently working in India but flew to the US to spend time with husband Nick Jonas for their upcoming wedding anniversary.

Meghan Markle Slammed By Idiot Uncle: She Ditched Her Own Family!

covid: Coronavirus, Omicron infection: No, cloth masks are not your armour against COVID
2022-01-09