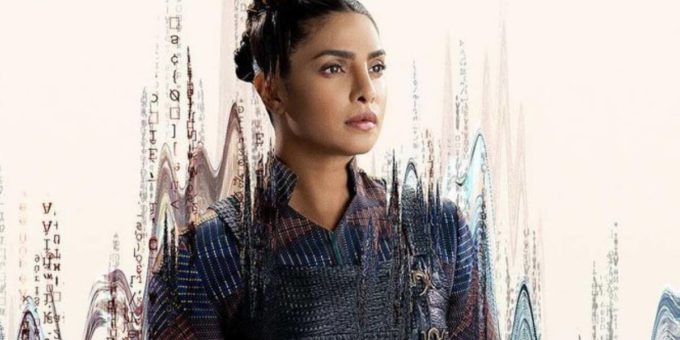 Bollywood star Priyanka Chopra has joined the Matrix franchise and will soon be seen playing Sati in the upcoming The Matrix Resurrections. In a recent interview with Access Hollywood, Priyanka opened up about Sati’s Indian heritage and how they included parts of Indian sarees in her costume. This is also Priyanka’s first time sharing screen space with Hollywood star Keanu Reeves and Priyanka confirmed that the actor who is usually known as the “nicest guy in Hollywood” pretty much lives by that title in real life as well.

Priyanka recalled that when they resumed filming after lockdown, she had quite a tough day at work. This was PC’s first day of filming after almost 6 months of lockdown and she had a lot of lines to get through in one single day but as the day ended, Keanu came up to her and gave her a pep talk. “He came up to me and he said, ‘that was a very difficult day and a lot to do, you did such a great job and you should know that,’” she shared.

She added, “When you have a day and you just need someone to tell you that, ‘you were alright, you did it and you were good’. I think he was very astute, he can read the room well and that meant a lot to me, especially as a new kid on the block in the movie.”