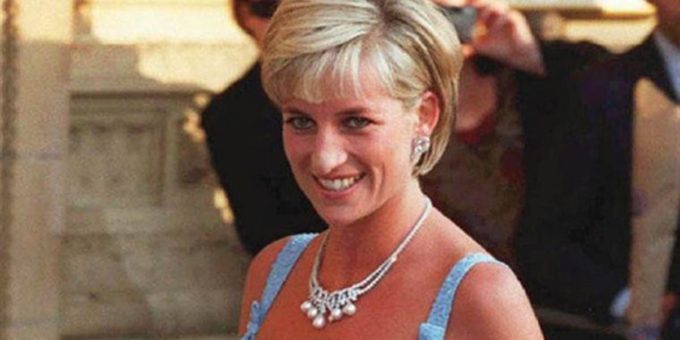 
The jumper is believed to have been worn by the Princess of Wales on numerous occasions. (File photo)

A red jumper with white sheep all over it, had once become immensely popular when the late Diana, Princess of Wales, wore it in the 1980s. Now, the very same jumper is making a comeback.

Slated to be re-released by American label Rowing Blazers, the jumper will be a part of its Fall/Winter 2020 collection.

“Our first installment of Fall/Winter 2020, which includes the first Rowing Blazers women’s collection, is a tribute to the early ’80s and to one of our favorite style icons of the era, who perfected the high-low mix, blurred the lines between menswear and womenswear, and always dressed with a sense of humor: Princess Diana (sic),” read the Rowing Blazers Instagram caption.

Our first installment of Fall/Winter 2020, which includes the first Rowing Blazers women’s collection, is a tribute to the early ’80s and to one of our favorite style icons of the era, who perfected the high-low mix, blurred the lines between menswear and womenswear, and always dressed with a sense of humor: Princess Diana. . Made entirely in Great Britain, Europe, and the United States, the collection includes collaborations with several British designers closely associated with the late Princess of Wales: Joanna Osborne and Sally Muir of @warmandwonderful, who made the original “sheep sweater” worn by the Princess of Wales, and Gyles Brandeth of @gylesandgeorgeknitwear, who made the original “I’m a Luxury” sweater. . The collection also includes deep-pile Sherpa “jockey” fleeces; loopback French terry sweats; patchwork tweed and Guards-stripe jackets and pants for men and women; a split tweed bomber and colorblock suit; as well as new bags, belts, socks and caps. . Link in bio to shop Rowing Blazers’ Fall/Winter collection.

As mentioned earlier, the scarlet jumper — which has several white sheep on it, and only one black sheep — was worn by Princess Diana on multiple occasions, including an outing with the Prince of Wales in 1983, The Independent reports. In fact, Diana’s original sweater is a part of the Victoria and Albert Museum’s permanent collection.

It is believed to have been designed by knitwear brand Warm & Wonderful in 1979, which is no longer in business. But, it has inspired many other countless copies.

ROWING BLAZERS FW20 will be released in several installments, starting this Thursday, October 8th. This season includes our first women’s collection, as well as new collaborations with Babar, Sperry, FILA, the NBA, and two heritage sweater brands, famous for their associations with Diana, Princess of Wales. . For early access to the collection, sign up via the link in bio. And for a chance to win one key piece from each installment, tag a friend/lover.

The outlet reports that Warm & Wonderful’s designers Joanna Osborne and Sally Muir worked with Rowing Blazers to relaunch the garment. “Since Diana’s first public appearance in one of our bright red sheep jumpers, she and the design have been inextricably linked. The Princess of Wales wore the sweater on several other occasions, eliciting a great deal of press commentary and making the design incredibly popular, not only here in the UK, but around the world,” they said in a statement.

For all the latest Lifestyle News, download Indian Express App.

Garlic For Hypertension: Why Should You Eat Garlic To Manage High BP? 6 Ways To Have Garlic

Indian Premier League, MI vs DC: Shreyas Iyer Confirms Injured Rishabh Pant Out Of Action For At Least A Week