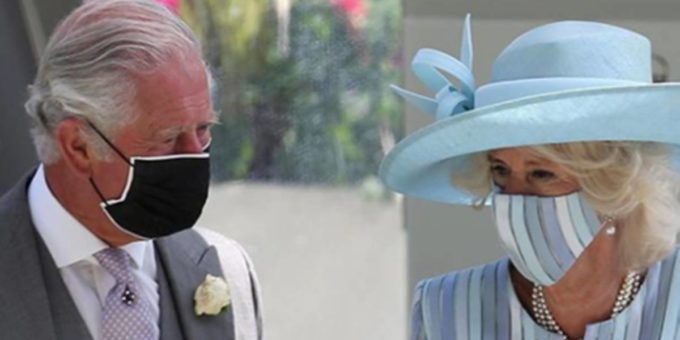 Prince Charles recycled a three-decade-old suit at this year’s Royal Ascot. The future monarch was seen in a grey morning suit that is almost as old as his son Prince William.

According to People, Prince Charles has owned the Anderson and Sheppard suit since 1984. He previously wore the suit in 2018 at Prince Harry and Meghan Markle’s wedding.

The future monarch’s choice of attire was in line with the event organisers’ emphasis on sustainability, encouraging all racegoers to wear clothes from their closets or buy something second-hand.

Speaking about it, the Prince of Wales earlier told British Vogue editor Edward Enninful that “in the case of that particular morning coat, as long as I can go on getting into it, [I will]. I only wear it a few times a year, in the summer, so obviously you want to keep those sorts of things going.”

Prince Charles has long been an advocate for sustainable fashion. In November 2020, he launched a sustainable 18-piece capsule collection with luxury fashion retailer Yoox Net-a-Porter.

In the British Vogue interview, the 72-year-old also talked about how he preferred mending old clothes and shoes instead of discarding them, highlighting the need to avoid mindless consumption of clothes and accessories.

“We are planning everything even better and will be informing a new date soon”, says Adivi Sesh on the postponement of Major teaser : Bollywood News
2021-04-01

The Rich Are Preparing for Coronavirus Differently
2020-03-06

REVEALED: Here’s why Akshay Kumar’s Bellbottom is releasing in cinemas on a Tuesday : Bollywood News
2021-06-17