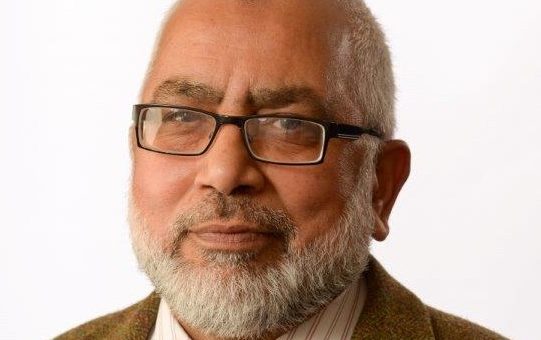 Councillor Javed Iqbal has spoken of his ‘honour and privilege’ as he takes up the role of Mayor for the city of Preston.

His appointment comes after Councillor David Borrow held the role for two years due to the coronavirus pandemic. Councillor Iqbal served as Deputy Mayor throughout 2020/21 and has now become the Mayor following the completion of Councillor Borrow’s term in office.

Born in Pakistan, Councillor Iqbal first moved to the UK in 1968 where he completed his schooling at Brockholes School and Moor Park Avenue’s Sixth Form College.

After a career with the Royal Mail as well as serving in the Territorial Army, Councillor Iqbal was elected to Preston City Council in 2007 representing the St Matthew’s Ward.

He has sat on a number of committees including covering different aspects of the Council’s work including the Planning Committee where he has been Chair since 2017.

Councillor Javed Iqbal said: “It is a privilege and an honour to become the Mayor of Preston – a city that means a great deal to me and where my family and I have lived for many years.

“Being the first Muslim Mayor of Preston is a fitting acknowledgement to our multicultural city and how it continues to grow with people of different races, religions and backgrounds living and working together to bring diversity and vibrancy to where we live.

“Throughout my life I have sought to make a positive difference to the community and to provide a voice to those who might otherwise go unheard. It has been a privilege to serve on Preston City Council and it is an immense honour to now become the Mayor of Preston.”

After marrying his wife Tahira in 1974 they purchased their first family home on Ribbleton Avenue. Shortly after he began his career with the Royal Mail and worked there in Operational Management until his retirement in 2007.

During his career Councillor Iqbal also served in the Royal Engineers regiment of the Territorial Army which included postings in Germany, Cyprus and the UK where he achieved the rank of Sergeant before stepping back in 1992 to focus on family commitments.

In 1995 he was encouraged to join the Preston Magistrate’s Bench where he continues to sit as the Presiding Justice in Lancashire Family Courts. He also sits on the Board of Governors at Lancashire Teaching Hospitals NHS Foundation Trust.

Her brothers died together from overdoses. A guitar comforts this Edmonton woman in her grief

Faysal Quraishi Is Not Happy With Social Media Trolls